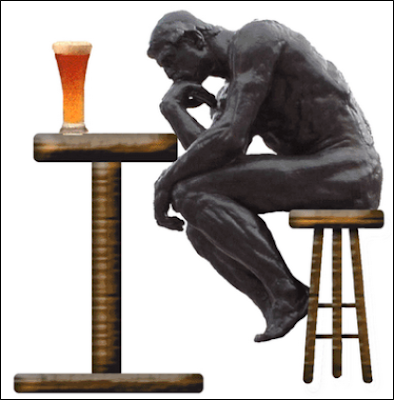 First, I want to apologize for not running the Executive Board minutes last night. Our gas burner dropped dead on Sunday, and I spent yesterday scrambling for someone to fix it. It was complicated, but we got it fixed, only to have it stop working last night. So that saga continues, as does our continued story as educators.

Honestly, there are a lot of things to complain about in this job. I’ve been complaining about all of them in this space since 2005, so I’m pretty well-qualified to go into that. I also served as chapter leader of the most overcrowded school in the city for 12 years. I’m as familiar with administrative abuse and insanity as many or most. Of course, bad leadership is not unique to our profession. You’ll hear from your relatives and civilian friends about how rough they have it compared to us.

On one level, they’re absolutely wrong. Our job demands constant attention to detail, fast thinking, and a willingness and ability to deal with multiple crises both simultaneously and concurrently. I can think of a lot of jobs that don’t require that sustained attention and care. We don’t have the luxury of taking breaks or even visiting that bathroom whenever it suits us. Almost everyone seems to underestimate what our jobs entail. Newspapers malign us semi-religiously. Politicians want to police us so we don’t tell the truth about the massive bigotry that infects us. When COVID hit, we were heroes for a minute, and then we were depriving Americans of their God-given right to go unmasked, no matter who was put at risk.

Here’s a brighter side. We have regular hours. We don’t get called in to work Saturdays and Sundays, like those poor people in Office Space. We don’t generally get phone calls when we’re upstate with our families asking us about non-weekend stuff. We don’t go home with school-provided cell phones to answer questions on off-hours, like some charter teachers do (and we’ll have to work not only to keep things that way, but also to improve things for charter teachers, ideally via union).

When we do take days off, though, we are generally paid for them. This is not an option for a whole lot of Americans who are paid hourly or daily. Sick? Too bad for you. Sick too much? You’re fired. I once had a job at an appliance store. I remember clearing a night where I had a job playing music somewhere with my manager. However, he subsequently arranged a hot date for himself that night and told me I’d have to work. I told him forget it and was fired. I was fortunate, at that young age, that losing a job was not really something that would much change the direction of my life. For many Americans, that’s not the case.

And hey, if you want to be a musician, an artist, or pursue whatever passion strikes your fancy, with this job you may have time to pursue it. I have a lot of teacher friends who are working musicians. Often, they’re better off than full-time professional musicians I know, even great ones. For one thing, they have health insurance. I can’t count the times I’ve seen benefit concerts held for great musicians who got sick. I’ve given money to musicians to help pay hospital bills. All Americans should have health insurance. If so many other countries can pull it off, so can we.

That’s not to mention, of course, that a whole lot of artists simply made no money during the height of the pandemic. Unlike other countries, our government gave us a check here and there. They evidently hoped those without work pulled themselves up by their bootstraps. (Personally, I’ve never even seen a bootstrap, but perhaps they’re handy on snowy days.) I hated teaching online, but it beat the hell out of having no income.

You know, you may sit around the Thanksgiving table and listen to your relatives tell you how easy you have it, even though you’re working your ass off. That, of course, is because you have summers off. They act like you’re getting away with murder. However, if you were in Europe, or Canada, working a non-teaching job, or even in Taco Bell, you’d have vacation time, and not just a week a year.

We’ve also finally gotten parental leave. I’ve read blogs trashing our version of parental leave, though none of them gave any reasons I found compelling. It’s a whole lot better than the nothing it replaced. I was involved in a foreign adoption, and lost 40 CAR days pursuing it. I know women who stopped at one kid because they were worried about the days. Hey, if you don’t like the program, don’t use it. Of course it can be improved, and I hope it will, but a whole lot of Americans lack this, unlike, oh, Europe. In Canada my sister-in-law got a year off with pay.

We also have a fixed retirement, something of a rarity in America today. There’s not much of a substitute for that. Beats the hell out of a 401K, hoping for the best, or expecting to get by on Social Security.

Of course little or none of this could have been accomplished without union. It’s because I’m union that I can write this and be published elsewhere. If someone tried to fire me for speaking out, I’d speak out more, and as publicly as possible. I’d make it very inconvenient for anyone going after me for no reason. Of course, if I were in a non-unionized Starbucks, I might not be able to speak out at all.

We need not only to appreciate what we’ve got, but also to fight for our communities, all of whom need exactly what we have, and more.