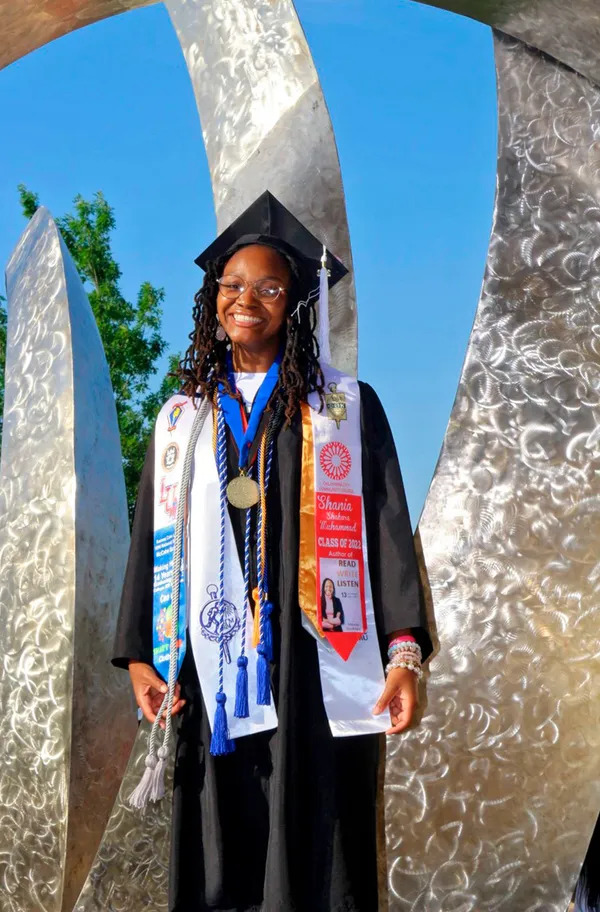 A bright 14-year-old girl is proving that self-confidence is the key to obtaining not just one, but two associate degrees.

“Be confident in what you believe you can do and never limit yourself.”

“Don’t let your age be the ceiling to your potential and I really want to push that. You cannot let that be a barrier to your life. It’s like I was in the seventh grade and the whole time I was on the collegiate level I just didn’t know it,” Shania said, as per News 9.

Education is important in the Muhammad household. Through encouragement and homeschooling, Shania’s parents discovered the value in allowing their children excel in whatever they want to pursue.

“It was always a collaborative thing,” Shania’s father, Elijah Muhammad, said. “I always encouraged my kids to work ahead.”

In 2020, Shania fully immersed in her parent’s homeschooling program due to the pandemic. She was a seventh grader at the time, but quickly exceeded her middle school curriculum onto high school. Her growing acumen for the intermediate level courses earned her an ACT score of 22, which is above the national class of 2020 average ACT score of 20.6, as per The Oklahoman.

Shania Gets Ready For College

According to News 9, Shania began her college journey at just 13 with OCCC and the University of Oklahoma. She later chose to transfer from OU to Langston University with intention to follow in her parent’s footsteps towards an HBCU education.

“I actually experienced and enjoyed Langston. It felt like I was at home from home. I don’t feel judged, it’s like we understood where we came from,” Shania said.

Today, her resiliency and hard work inspired her 12-year-old brother Elijah to also pursue greatness. He is now the youngest student to enroll at Oklahoma City Community College.

Shania’s educational journey is still in pursuit. She has plans to obtain a bachelor’s degree in family consumer science from Langston University.

The aspiring author is also looking forward to releasing her book “Read, Write, Listen,” which chronicles her collegiate journey at such a tender age.