“Beyond our wildest dreams”: Scientists find fossil from dinosaur that died the day the asteroid hit 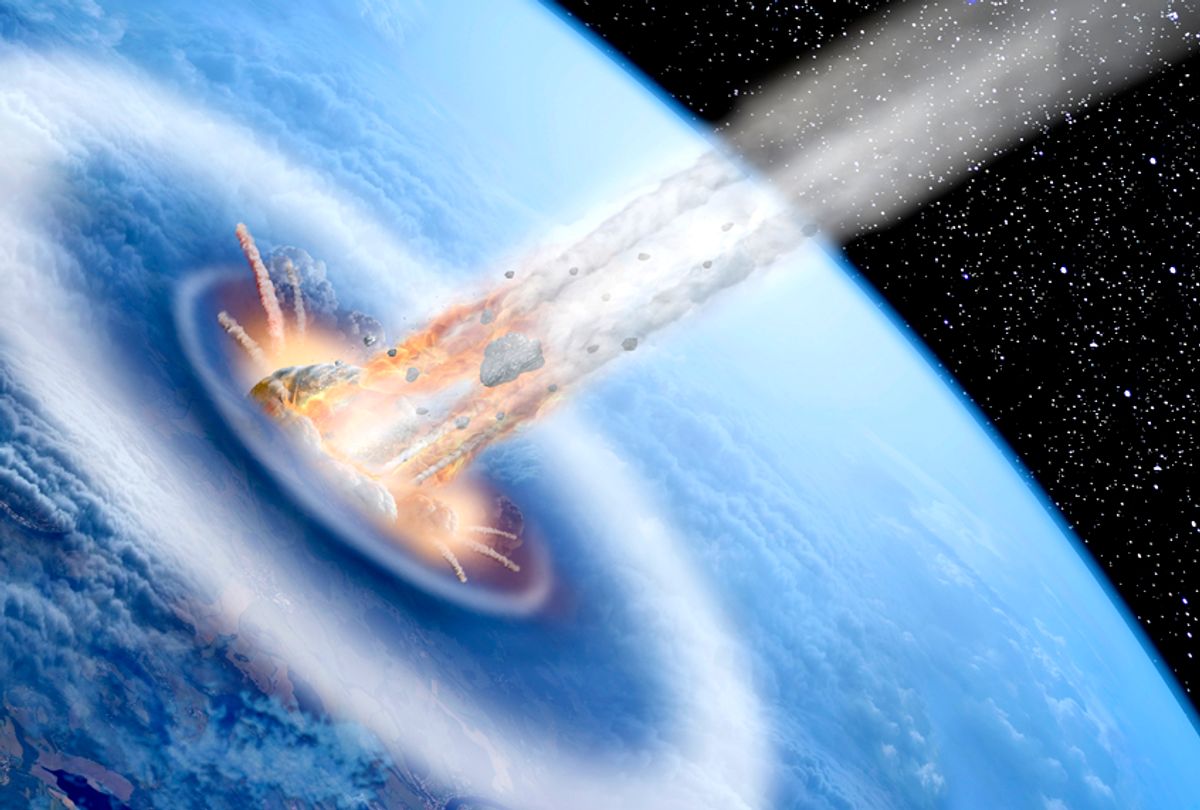 Scientists believe they have discovered a fossilized time capsule from the exact day when Earth transformed from being a verdant, dinosaur-ridden world to a soot-covered apocalyptic hellscape. Within that time capsule was a very well-preserved dinosaur leg from a dinosaur that scientists believe died that spring day, some 66 million years ago.

The discovery, which was made at the Tanis dig site in North Dakota, will be discussed in more detail in a BBC documentary narrated by David Attenborough titled “Dinosaurs: The Final Day.” A version of the documentary will be broadcast on PBS in the United States next month. While the findings have yet to be published in a peer-reviewed scientific journal, scientists are very excited about the discovery and the prospect of what information it might hold.

“The time resolution we can achieve at this site is beyond our wildest dreams … this really should not exist and it’s absolutely gobsmackingly beautiful,” ​​Phillip Manning, a professor of natural history at the University of Manchester, told BBC Radio 4’s Today according to The Guardian. “I never dreamt in all my career that I would get to look at something a) so time-constrained; and b) so beautiful, and also tells such a wonderful story.”

“When Sir David looked at ‘[the leg], he smiled and said ‘that is an impossible fossil’. And I agreed,” Manning said.

Manning added that the scientists also discovered the remains of fish that had breathed in debris from the Chicxulub crater, a heavily eroded 90-mile wide impact site located on Mexico’s Yucatán Peninsula, which is widely believed to be the origin point for whatever triggered the mass extinction event. While there is scientific consensus that something hit the Earth that fateful day, there are different theories about exactly what — most believe it was either an asteroid or a comet.

Scientists were able to date the finding due to the presence of the debris that rained down for a period of time right after the impact happened.

“We’ve got so many details with this site that tell us what happened moment by moment, it’s almost like watching it play out in the movies,” said Robert DePalma, the University of Manchester graduate student who led the Tanis dig. “You look at the rock column, you look at the fossils there, and it brings you back to that day.”

Additional fossilized remains that the scientists found were the remains of a turtle, skin from a triceratops, a pterosaur embryo inside its egg, and perhaps a fragment on the impactor itself. According to the New York Times, the fragments within two of the spherules were “wildly different,” DePalma said.

“They were not enriched with calcium and strontium as we would have expected,” DePalma said, which could suggest that the impactor was an asteroid. However, scientists won’t jump to conclusions until the samples are thoroughly analyzed and published in peer-reviewed journals.

The mass extinction event caused by the Chixclub impact led to the end of the Cretaceous era — and the end of the dinosaurs — paving the way for mammals, which were then mostly small, rat-like creatures, to become one of the dominant large life forms on Earth. The extinction event killed approximately 75 percent of life on Earth, though some sea creatures and burrowing animals, including early mammals, were better-suited to wait out the brief wave of superheated air caused by the impact which fanned out across the planet.

Though the precise date is not known, it is remarkable how much scientists have been able to glean from evidence as to what happened on the day of the great extinction. At the same dig site, DePalma’s team previously found fish specimens who appear to have died on the day of the impact and whose bone structure indicates that it was spring or early summer when the impact occurred.