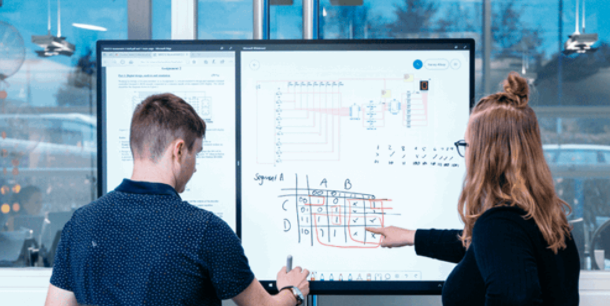 Dyson’s institute was founded in 2017 as an alternative to a traditional degree education. Following Dyson’s investment of £31.5 million, the institute has started taking applications for the September 2021 intake.

“Being able to award Dyson degrees is a testament to the pioneers who have joined The Dyson Institute,” said James Dyson, founder and chairman of Dyson.

“It was born out of my frustration at the shortage of engineers and scientists and the appalling debt that students incur at university.

“We’ve been flattered that the undergraduates, and their parents, have trusted us to take on this important role when they had many options open to them,” he added,

The degree offered at the institute covers fundamentals of engineering in years one and two and delivers more specific electronics and mechanical engineering curricula in years three and four.

Each year is supplemented by real experience working at Dyson across a multitude of projects and many differing technologies.

So far, the program has been delivered as a “highly successful” partnership between Dyson Technology and WMG, the University of Warwick.

Each cohort at The Dyson Institute is made up of approximately 40 undergraduates. The fourth cohort joined the Institute at the start of September, taking the total population to 150 undergraduates of which 33% are female, compared to the average 18% on UK engineering undergraduate courses.

“This is not a traditional university education, it is not for the faint-hearted. Technology is developing at such speed that rigorous academic study benefits from immediate application,” said Dyson.

“Dyson undergraduate engineers work in a global team, with the best labs, working alongside the most ingenious practising engineers and scientists, solving big problems.

“We have a culture where they are free to experiment and learn through failure. I’m confident that we are educating the best engineers in the world and I hope they choose to stay at Dyson for many years to come,” he added.

Speaking during The PIE Live, Bob Tricklebank, head Of Engineering Programme at The Dyson Institute of Engineering and Technology said that cultural diversity was one of many desirable skills in students his institution seeks to instil in its graduates who go on to work at Dyson.

“Our undergraduates are working from day one…and are beginning to build some of that cultural awareness in what they’re doing,” he said.

The institute’s campus is based in Wiltshire and has a centre for thousands of engineers and scientists as well as over 4,000 m2 of dedicated education spaces, equipped with the latest technology.

“New, innovative higher education providers like the Dyson Institute will ensure we can deliver the skills and talent this country needs, so I am delighted that it will now be able to award degrees to the next generation of much-needed engineers,” said UK Universities minister, Michelle Donelan.

“Giving students a more diverse choice of education is a valuable part of our levelling up agenda and follows the prime minister’s promise to invest in the skills both businesses and the British economy need,” she added.