For Teens, a Wild Homeschooling Alternative: A Trip to Costa Rica 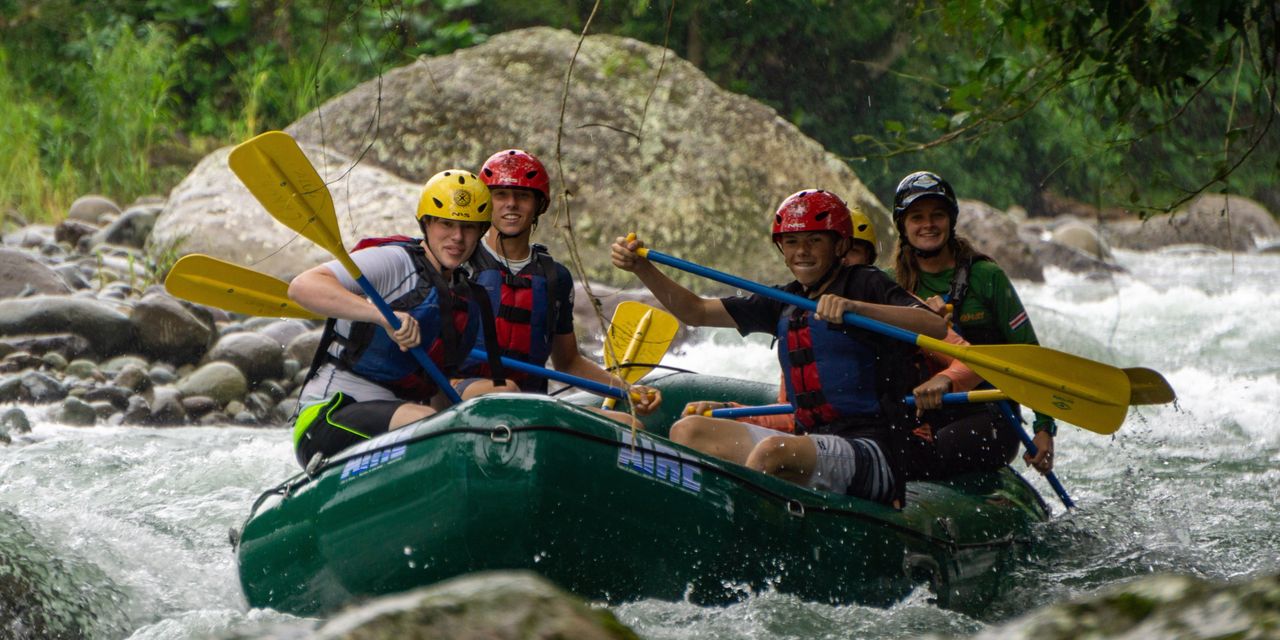 SCHOOLING DURING Covid-19 is like an interminable snow day for parents, minus the fun sledding interludes. The mental state of teenagers who are remote-learning by day and TikToking at night might politely be described as “stir crazy.” Unsurprisingly, some parents have taken an unusual, even extreme step to earn themselves and their offspring a breather: sending the kids to a Costa Rica eco-preserve.

“Distanced learning from a rainforest? For me, it was a no-brainer,” said health educator Julie Dubrouillet about a month-long program in Costa Rica offered by CIEE, a nonprofit study abroad and intercultural exchange group based in Portland, Maine. Students do their schoolwork within a pod of peers after clearing strict health protocols (a negative Covid-19 test 72 hours before arrival, 5 days of mask-wearing and social distancing at the onset). Instead of staying with a local family for part of the program as had been an option pre-pandemic, all students sleep in dorms on CIEE’s campus in Monteverde.

“
‘Distanced learning from a rainforest? It was a no-brainer.’
”

When Ms. Dubrouillet, who lives with her family in Palo Alto, Calif., proposed the program to her 17-year-old son Clement Colwell, he was game. “It’s kind of weird being a senior right now,” he said. The dashed hopes of young Americans in their pivotal, final year of high school is something his mother understands: “They’re at the top of the school, there’s the prom and homecoming, lots of big things. Clem was in the choir and plays lacrosse, and all of a sudden, it’s just gone.”

Conceivably, the unique experience might assuage those bummers. Ms. Dubrouillet added up what she was saving on everything from prom tickets to tux rental to sports donations—and rationalized the $4,900 cost (not including airfare). “It’s what you pay for a nice sleep-away camp in Tahoe or Yosemite,” she said. Plus, kids can practice their Spanish.

Mr. Colwell, who arrived at the 150-acre campus for his month in Costa Rica last November, said his weekday routine remained much the same: logging in to his classes back home in Palo Alto from noon to 5 p.m. What’s different: the freedom to chill with new friends outside those hours. Maia Rose Hess, a biology major in his bubble, agreed: “There were always activities—soccer, playing guitars, refilling the hummingbird feeders,” said the 18-year-old from Oak Park, Ill. “We’d all watch the sunset together.” Weekends brought ziplining and traipsing around the lush Monteverde Cloud Forest next door. “On hikes, like to El Tigre waterfalls, we’d see wildlife—monkeys, sloths, hummingbirds—definitely a lot of bugs,” said Mr. Colwell. (His first night, he texted his mom a photo of a scorpion.)

In 2020, Covid-19 hit study abroad programs hard: Organizations evacuated students in the spring, furloughing staff and canceling summer programs. “Normally we’re tracking 40,000 gap year students, but last year it was a couple of hundred students, mostly in Israel and Ireland,” said Ethan Knight, founder of Gap Year Association, a Portland, Ore.-based nonprofit. This year parents seem open to planning study trips to places nearer to home. “Along with Hawaii, Costa Rica is turning out to be a major destination,” said Mr. Knight. “If there is an evacuation, it’s not dire to bring kids home.”

Hiccups have occurred: One student who participated in a program last November tested positive after returning home through the Atlanta airport, said Ms. Rao. who implemented her contact-tracing training to urge others in the pod to immediately quarantine and get tested. “Challenges have been procedural,” said Matthew Redman, a CIEE vice president, citing two students turned away at the Costa Rica border for the wrong Covid test (negative test results are no longer required when entering Costa Rica, but they are now required before flying back to the U.S.). Yet participants gained insights into social behavior during a pandemic, explained Mr. Redman: “One student said, ‘It made me understand how I need to behave to take care of this group.’ That was a magical—and unsolicited—comment.”

Amigos International, a Houston-based organization teaching leadership skills and community-building, has developed a new hybrid model. Students quarantine in a pod of peers in a dorm-style lodge on a nature preserve in the mountains of Pérez Zeledón, instead of the usual home stays with host families in Costa Rica and elsewhere. The lessons, said Amigos’ Bay Area director Krista Boscoe remain the same: “How to be positive makers of change in their community.”

But for one woman who did the Amigos program as a teenager in 1989 in Paraguay, a home stay is key. “For me, it’s the organic things that unfold—where you have a language barrier and cultural exchange, where there’s a bit of grit required on both sides,” said Mandy Levenberg, a marketing consultant in Seattle. Her 16-year-old daughter, Zoe McDaniel, went on an Amigos trip in 2019 but she and her mother decided against it this summer.