Henrietta Lacks’ heirs sue for cut of medical research profits. Are they too late? 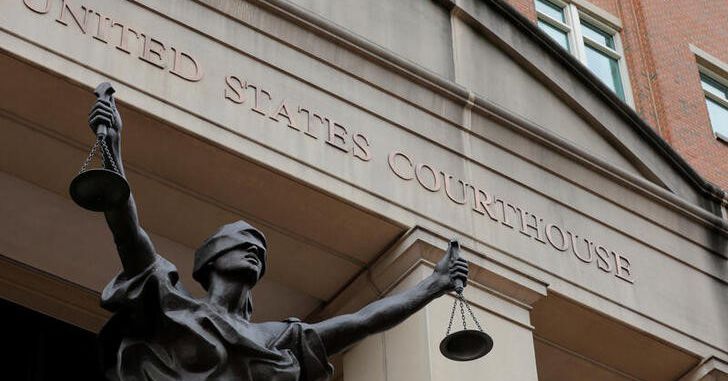 The subject of a best-selling book as well as a movie starring Oprah Winfrey, Lacks was a Black woman who sought treatment for cervical cancer at Johns Hopkins Hospital in 1951. Surgeons took a sample of her tissue without her knowledge or consent and used it to cultivate a first-of-its-kind cell line known as HeLa that underlies huge swaths of medical research.

Through Lacks’ case, plaintiffs and a half-dozen friends-of-the-court spotlight past wrongs of systemic discrimination and medical exploitation of people who are disproportionately poor and Black. They argue that Lacks’ family is entitled to compensation for the “theft” of her cells under the theory of unjust enrichment.

Plaintiff’s lawyer Christopher Seeger of Seeger Weiss told me this could be the first in a series of suits by his client Ron Lacks, who is the personal representative of his grandmother’s estate, against those who have profited from the HeLa cells.

“It’s hard to think of a family that has been violated so badly,” Seeger said.

His first target is biotech giant Thermo Fisher Scientific, which cultivates and sells the cells in multiple product lines. Over the years, the HeLa cells — unique in their ability to endlessly grow and divide in a laboratory setting — have been used by researchers to develop everything from the polio vaccine to sunscreen.

Their argument is largely technical, albeit formidable. Defense lawyers say the case is time-barred; that a claim of unjust enrichment requires an underlying tort under Maryland law; and that the complaint fails to allege facts showing Thermo Fisher was not a bona fide purchaser when it first acquired the cells.

Baker Botts partner Andrew George and associate Adam Dec declined to comment about the case. A Thermo Fisher media representative did not respond to a request for comment.

Seeger in laying out his case has a more compelling story to tell, writing that Thermo Fisher’s “business is to commercialize Henrietta Lacks’ cells — her living bodily tissue — without the consent of or providing compensation to Ms. Lacks’ Estate.”

Both Seeger and amici from the Lawyers’ Committee for Civil Rights Under Law, the National Health Law Program, and the National Women’s Law Center as well as Southern University Law Center Professor Deleso Alford, place the activity in a historical context, pointing for example to the Tuskegee syphilis experiment on nearly 400 Black men who were denied treatment by the U.S. Public Health Service.

It’s another example of “the harm done to Black people in general, and the family of Henrietta Lacks in particular, by those who have experimented on and stolen from Black bodies in the name of profit, masquerading as medicine,” Alford said in her brief, authored by Cary Hansel of Hansel Law.

Given the extensive publicity about the HeLa cells, including the nonfiction 2010 bestseller “The Immortal Life of Henrietta Lacks” by Rebecca Skloot, Seeger argues that there’s no way that Thermo Fisher “could be unaware of the fact the cell line was wrongfully taken from Henrietta Lacks’ body.”

But Thermo Fisher’s lawyers turn that argument around in asserting the claim is time-barred.

“The law sets a three-year time limit for bringing unjust enrichment claims, and Plaintiff missed that deadline by years, if not decades,” they wrote. The same “widespread publicity” that put Thermo Fisher on notice, they said, “also put Plaintiff on notice of this claim well before October 4, 2018.”

“There is no set of facts Plaintiff could plead to avoid the statute of limitations in this case,” they wrote in their motion to dismiss.

But Seeger, who previously repped 20,000 former pro football players as lead counsel of the NFL concussion litigation and was a member of the plaintiffs’ steering committee in the $14.7 billion Volkswagen diesel emissions settlement, has an answer.

He asserts that the unjust enrichment is ongoing under the continuing harm doctrine, happening anew with each commercial transaction involving HeLa. There’s a new cause of action “literally every day,” he told me.

And if it turns out that his client can only assert unjust enrichment claims going back three years, he said: “That’s fine. We’ll go with that.”

Given the amount of money involved – the plaintiffs assert Thermo Fisher has made millions from peddling the HeLa cells – it’s still worthwhile.

Defense counsel say that if the court allows the case to proceed, “unjust enrichment would become unbounded,” and that anyone “could at any time—forever—be sued, enjoined from using HeLa cells without Plaintiff’s permission, and ordered to pay Plaintiff all they have earned.”

Seeger is unconcerned. “They’re all going to be sued,” he said.

Opinions expressed are those of the author. They do not reflect the views of Reuters News, which, under the Trust Principles, is committed to integrity, independence, and freedom from bias.

Jenna Greene writes about legal business and culture, taking a broad look at trends in the profession, faces behind the cases, and quirky courtroom dramas. A longtime chronicler of the legal industry and high-profile litigation, she lives in Northern California. Reach Greene at [email protected]