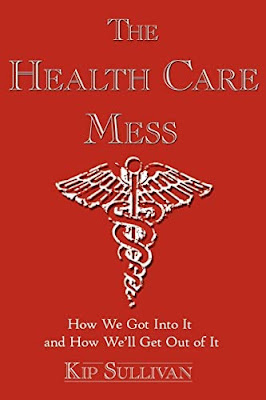 Yesterday I was called into a Microsoft Teams meeting with at least five people who work for UFT. We were only disconnected once, so for my money, MS Teams is improving.

I got a little bit of flack for my Gotham Gazette piece. There were many arguments put forth. Some were more understandable than others. While they had a lot to say, I did not get a strong sense my responses were valued.

They told me the proposed Advantage plan, which does not actually exist anymore, were it to be replaced, would do everything the current standard Medicare plan does. It’s absolutely necessary to change the code, they said, or the city will place everyone in some Advantage plan or another. Some disagree. Personally, I remain unpersuaded that changing the code is necessary, and I am not eager to enable the Eric Adams administration.

I am also very much aware that multiple city unions, including uniformed unions who often score better contracts than we do, oppose this. I recall, years ago, going to an Urgent Care and being told there was a new $50 copay, unless we were NYPD, They managed to get themselves excluded from that particular copay raise.

One argument they presented was that, despite asserting otherwise, I knew about health changes. They said I wrote about them somewhere here. I didn’t suppose they would say that if it weren’t true, and it turns out it was, so my apologies for not making those connections previously.

With the expert help of Jonathan Halabi, I found some links. There are various quotes of things Mulgrew said. Bottom line is I wrote of, and was thus aware of a side agreement on healthcare. I took notes at the DA on a pretty regular basis, including here, and I will quote two passages. These notes come from the question period on October 12, 2018, the day the DA voted to present the contract to membership.

Health care negotiated with all unions. Done six months ago. MLC thought
something bad could happen with health care because of DC. We wanted to
lock in a deal. No additional copays, but made a change for all unions.
We tried to get plan in better place. Was proactive approach. Has been
out for six months. Was smart thing to lock down our health care with no
significant cost ships to union membership. Others pay 3200 out of
pocket. We are only workers who can get plans with no premiums attached.
If UFT members get cancer they can go to Memorial Sloan Kettering—this
is with HIP, also Hospital of Special Surgery. Go read it before you tie
it to this contract.

I confess that I did not go read it, nor do I know where I would have done so. In fact, I don’t know where I would do that now either. That said, I disagree that we “locked down” anything. In fact, despite the assertion otherwise, there are now additional copays. These copays appear to be a result of this agreement, and appeared only weeks ago. I would also disagree, with the health care coverage city retirees have earned and enjoyed for decades now imperiled, that there is “no significant cost to union membership.”

Health care has nothing to do with this agreement. We are only saying
this should go to membership. They will have plenty of time to read. We
rushed MOA out for that reason.

The fact is, the health care agreement was in the contract, in Appendix B, and we were not shown Appendix B.

From the meeting, I conclude UFT leadership is very concerned about this issue, and that’s a good thing. If I were in charge of UFT, I would do all I could to repair the damage this health care agreement has done. This is an issue that will not just go away. Were I running the Unity Caucus, or even part of it, I’d worry a lot about the significant loss of support in the last union election. I’d advocate to do whatever I could to turn that around. The fact that they reached out to me to discuss this may be a good sign.

Not good enough to give up the fight though. Our retirees deserve what they have, as do we. I can accept that the health care deal was negotiated outside of the contract, but it was included in that appendix, and it is a mess. I remain highly unimpressed with whoever it is that negotiates for us. The ever-evolving explanations are frustrating.

They said we were never lied to. I pointed out that we were told any doctor who accepted Medicare would accept the proposed Advantage plan. They told me that’s what the people told Mulgrew. I don’t believe he gets up and lies to us. I believe he gets bad advice and repeats it. But if that’s the case, whoever fed him that information should be fired and replaced with someone competent. I’ve heard nothing about any changes in our negotiating teams.

This is not easy for us as membership, and I’m sure it’s not easy for leadership either. I’d say, for an acceptable solution, we all have to be involved. That, for my money, is what union is all about.