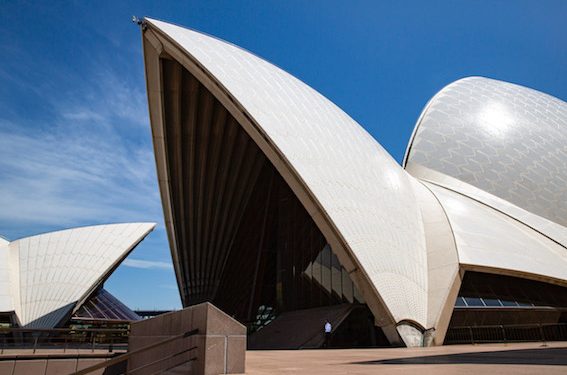 More than a million people in Australia on temporary visas, including many international students, are excluded from recently unveiled government assistance packages.

Morrisson said that exceptions had been made however for some temporary residents: “For those backpackers in Australia who are nurses or doctors, or have other critical skills that can really help us during this crisis, then there will be opportunities for them,” said Morrisson.

He was referring to a policy move that enables two profiles of student to work beyond their visa-allocated part-time hours: nursing students working in aged care, and for major grocery retailers.

“It is not an unreasonable expectation of the government that students would be able to fulfil the commitment that they gave [to be able to afford first year of study],” said Morrisson, speaking to the press.

His statement comes in a week which saw active campaigning from agency associations representing big student communities in the country.

The Association of Australian Education Representatives in Nepal had been advocating for Nepalese students in Australia to be included in government assistance packages and given AUS$1000 to help them cope with the fallout of the coronavirus epidemic.

The association’s president Dwiraj Sharma, said that many Nepalese students who are in Australia have lost their part-time jobs. Nepal is the third-largest source of international students in Australia.

According to Sharma, the Nepalese economy is in “free-fall” and the likelihood of parents of Nepalese students in Australia having to pay the fees of their children “will place an additional burden on them which could well result in their financial ruin”.

The confirmation from Morrisson came after the Australian government launched a $189 billion coronavirus economic rescue package to support small businesses, welfare recipients and those who lose their jobs as a result of the pandemic.

At Austrade, Rebecca Hall acknowledged that their job was not to set policy but to work to support international student communities.

She said there was a lot of work going on behind the scenes to ensure that international students could be supported during a difficult time – and that accommodation operators also had a seat at the Global Reputation Taskforce working to achieve this.

“We do know that students and temporary workers are significantly impacted in terms of jobs in hospitality and other retail areas closing, as many Australians are, of course,” she told The PIE News.

“The student support services offered by institutions, but also augmented by state and territory partners, are going to be really critical in the coming months. And we at Austrade are meeting with the states and territories on a weekly basis, working through practical and creative ways that we can support students.“

Meanwhile, AAERI in India has launched a petition calling for a delay to the July intake in Australia to allow students in India and Nepal more time to prepare to study abroad, sit English language tests in some cases and access loans, given the global lockdown and impact on usual preparation services.

“The PM is factually correct that international students should have availability of costs for living without being dependent on part-time jobs,” he said.

“However it is also a reality that the Covid-19 situation is unexpected and it is possible that there are some international students who are not able to receive the funds too suddenly from their home countries.”

Lochan Singh said however that universities had been very responsive to the evolving situation. “Universities have put aside funds to assist the international students and some have also funded the cost of laptops and such to enable online mode of study,” he told The PIE News.

“AAERI sincerely thanks the universities who have come forward to help the international students.”

“The AAERI petition has been very well received,” he added. “I have had discussions on this with several university policy makers and am told that most universities are determined to either defer the July intake and/or have an additional intake in the later part of the year.”

He added that some institutions want to offer the July intake as an online option to new students, where the students join the study on campus once the travel restrictions are withdrawn.

“However, Department of Home Affairs in a recent webinar informed that there is no visa required for online study if undertaken offshore and there was clear indication that fresh visas will not be issued till the travel restrictions are [updated],” he revealed.

“Thus to expect new students to start their study in an online mode even before the visa is issued for their travel later in the year is possibly expecting too much. I would strongly recommend that the July intake is deferred to September or October 2020.”

Additional reporting by Will Nott.