Kate Middleton’s Homeschooling Anecdotes Are The Most Relatable 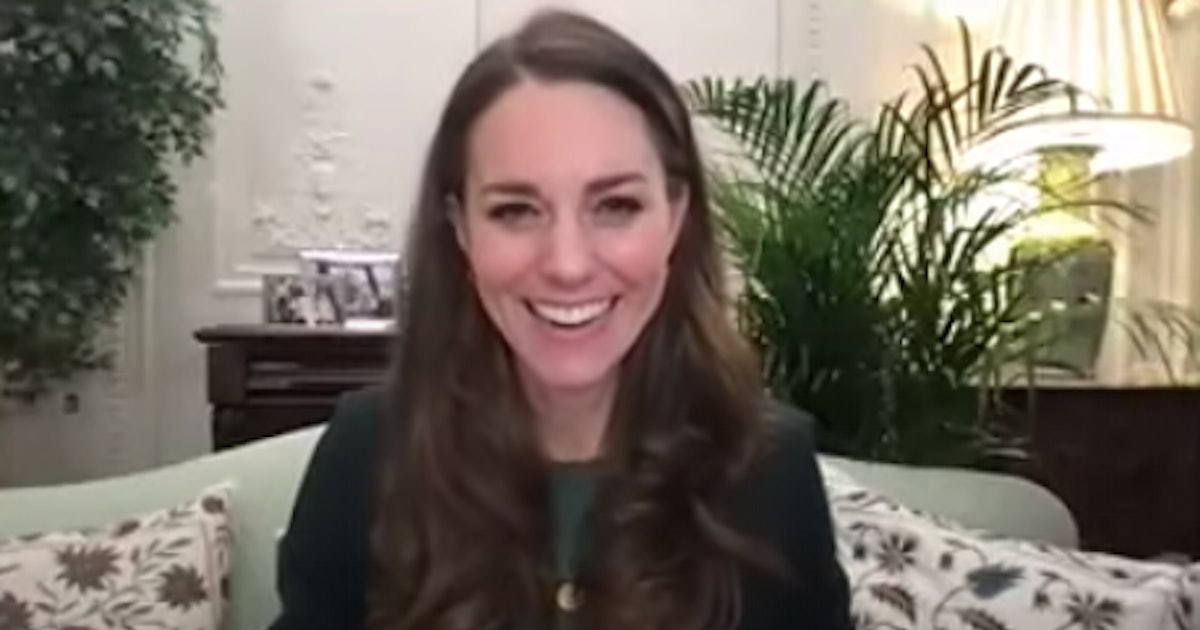 Lockdown three is going nowhere fast, meaning parents across the UK are continuing to juggle teaching their children at home with their regular lives – including the royal family. In a recent video call with a headteacher, Kate Middleton admitted she’s found homeschooling “exhausting” and spoke about her how poor maths and hairdressing skills were.

In the lighthearted chat involving four parents (including Kate) and Roe Green Junior School’s headteacher Melissa Loosemore, the mums and dads were asked to rate their maths ability out of 10. Where the others ranked themselves an eight, Middleton gave herself a “minus 5.”

“I’m obviously right at the bottom!” she laughed when she saw the other parents’ scores.

Middleton also revealed Prince William has been a great support when parenting their three children Prince George, Princess Charlotte, and Prince Louis throughout the pandemic.

“As parents, we have day-to-day elements of being a parent but, I suppose, during lockdown we’ve had to take on additional roles that others in our communities or in our lives would have helped us with,” she explained.

For the royal parents, having to take on additional roles has meant attempting some DIY hairdressing.

“I’ve become a hairdresser this lockdown, much to my children’s horror,” she laughed. “We’ve had to become teachers. I, personally, feel pulled in so many different directions.”

The conversation took place to raise awareness about the key issues mentioned in Kate’s Early Years childhood survey released last November. The initiative revealed that many parents were struggling to prioritise their own wellbeing.

In the call, the Duchess asked the other parents about how they cope with feelings of loneliness and managing their mental wellbeing during this time.

“I know how challenging it is juggling work, home life, school life and everything else that you as parents are doing,” she said, adding: “So really well done. Fingers crossed, let’s hope for the positivity as you’ve all been saying.”

She later said: “It’s important for our children that we look after ourselves too. Make sure everyone looks after themselves—it’s very hard to prioritise but it’s definitely needed now more than ever.”