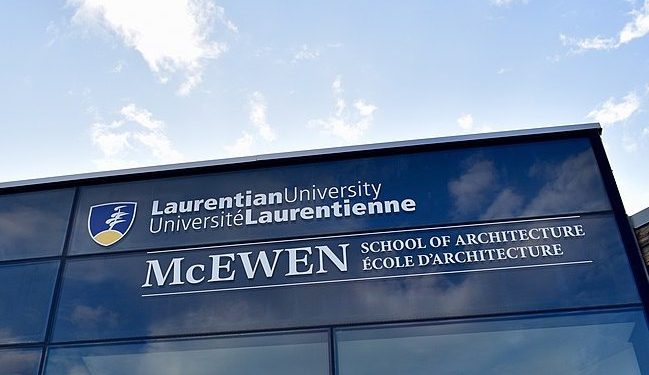 “A number of developments over the past decade have put an increased strain on the operational financial health of the university,” Robert Hache, president of the institution in Sudbury, Ontario said in a statement.

“If Laurentian had increased its international enrolments at the same rate as other Ontario universities, it would have an extra 277 students”

Contributing factors include “historical recurring deficits, declining demographics in Northern Ontario, the closure of our Barrie campus in 2019 and the domestic tuition reduction and freeze that was implemented in 2019 and most recently various costs and revenue impacts due to the global pandemic”, he said.

Laurentian has long been aware that the number of high school grads in northern Ontario has been shrinking. Last summer, university spokesman Shaun Malley told the Sudbury Star that Northern Ontario was experiencing a decrease in university-aged student population due to changing demographics.

“[This] means smaller graduating classes in our high schools across the region and less students heading to university from our local catchment area,” he said.

“If Laurentian had increased its international enrolments at the same rate as other Ontario universities, it would have an extra 277 students, and another $7.8 million in gross revenue in 2018-19, as well as another $20 million or so in the bank from previous years,” Alex Usher of the consulting firm Higher Education Strategy Associates commented.

Post-secondary institutions across the country have been following similar strategies, so competition was intense. Not surprisingly, international students want to go to Canada’s big cities like Vancouver and Toronto rather than a regional town in northern Ontario.

Laurentian lost 117 students during the 2017 Saudi debacle, resulting in a revenue shortfall of $3 million for the institution.

The added impact of the global health pandemic meant that the institution expected to enroll between 500 and 600 international students for its remote learning provision, Malley said last August.

Despite the financial difficulties, Laurentian also continued with campus capital improvements in 2015, when it announced that it was allocating $51 million to refurbish and revitalise buildings across the campus.

In 2020, the school announced a money-saving plan to suspend admissions to 17 programs that only had a total of 49 students.

“It is deeply concerning that Laurentian University has found itself in a situation where such drastic and immediate action is needed to ensure its long-term sustainability,” Ontario’s minister of Colleges and Universities Ross Romano said in a statement on February 1.

“There is no doubt that this situation is unprecedented. The government will be exploring its options, which could include introducing legislation to ensure the province has greater oversight of university finances and to better protect the interest of students and Ontario taxpayers.

“The government wants to ensure this issue does not repeat itself in other institutions in the postsecondary educational sector.”

It may be a cautionary tale for post-secondary institutions across Canada that are reliant on international tuition revenues.

However, other providers like Cape Breton face similar domestic demographic challenges to Laurentian with its international enrolment now accounting for more than half of its total.

In 2019, its manager, Enrolment Services (International) Victor Tomiczek said the institution was “concentrating on scaling the growth appropriately“.

International students at Seneca College in Toronto make up around a quarter of the student population but represent 40% of tuition monies because they pay higher fees.

The Canadian government is also looking to attract international students as permanent residents to help with changing demographics in the country.

“We anticipate that the first, and most critical phase of this process will take approximately three months”

Laurentian president Robert Hache says he’s “optimistic” but it may be hard to foresee many domestic or international students choosing to enrol in a school that’s declared bankruptcy.

Ernst & Young will assist the institution as it looks “implement a vision for Laurentian that includes more financially sustainable operations”, he said.

“We anticipate that the first, and most critical phase of this process will take approximately three months, at which time we intend to have a restructured framework for the university which provides a sustainable and clear path forward.”