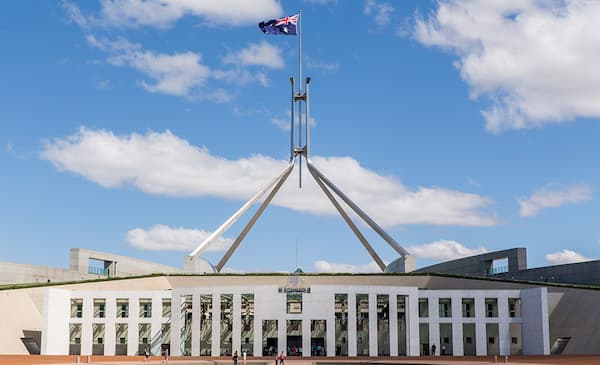 Under the new law, the country’s foreign minister would be able to cancel any agreements if they “adversely affect Australia’s foreign relations” or are “inconsistent with Australian foreign policy”.

While prime minister Scott Morrison has said that the legislation is not aimed specifically at China, it is widely thought that the move was initiated due to growing public discomfort over Chinese influence in the country.

“These laws are about Australia’s national sovereign interests,” Morrison said.

High profile cases this year – such as the expulsion of University of Queensland student protestor Drew Pavlou – have shone a light over links between university management and Chinese embassies.

The announcement came as Wang Xining, the deputy head of mission at the Chinese Embassy, gave a speech at the National Press Club.

Several education institutions and companies were spotted in the audience, including the Australian National University.

Wang emphasised the need for Australia and China to rebuild their relationship, which had already been on a downward trajectory over Huawei market access and foreign interference guidance, but has since taken a larger tumble after Australia launched demands for an international inquiry into the origin of Covid-19 in April.

When asked about Chinese influence in academia through projects such as the Thousand Talents Program and Confucius Institutes – both of which could be at risk if the new legislation is passed – Wang said that China respects Australian sovereignty but added that he would “rather see the sunny side of our cooperation”.

He also stated that “it’s up to the scientists to decide where to work, who to collaborate [with], and who to marketise the future result[s] of their research”.

“I don’t see any difference between Confucius Institute and the Goethe Institute, the Alliance Francais and Cervantes [Institutes]. They are all the same,” he said.

“The policy of non-interference into other countries’ internal affairs is a perennial principle of our foreign policy. But there is a strong distinction between the word ‘interference’ and ‘influence’.

“For me, from [an] entomological point of view ‘influence’ carries a neutral meaning. [It] means a natural flow of exchange and contact with mutual effect,” he continued.

“We have become so close, we are the biggest trade partner, so it is natural that people [are] more and more acquainted with the fresh ideas and views from the other side… But I think people are smart enough to decide what influence is good and worth conceding, and what is bad and must be fended off.”

International students are worth about AUD$38 billion a year to the Australian economy, with Chinese students accounting for roughly a third of that figure.

“It will be very important to discuss the exact definitions and scale of what the new laws are intended to capture,” she said.

“Universities are equal partners with government agencies in the Universities Foreign Interference Taskforce, which has devised robust guidelines that build on measures to keep our institutions and intellectual property secure,” she continued.

“It is critically important to strike the right balance between national security and the research collaboration which is driving so many advances in knowledge – including the search for a Covid-19 vaccine.”

In a statement, the Group of Eight said it “acknowledges and accepts that these are not usual times”.

“Growing geopolitical tensions are creating complexities that must be managed.  At all times we must work in the national interest and we strongly support transparency and accountability,” they said, adding that it had already taken the lead in working with security agencies under the University Foreign Interference Taskforce.

“The Go8 is therefore genuinely concerned that the proposed legislation may undermine the important work undertaken to date.

“We are increasingly concerned at the danger that – in the name of security – Australia may be inadvertently threatening the very democratic principles it holds dear,” they added.

“The Go8 urges the government to use its world-leading Foreign Interference Taskforce to work through any gaps it feels remain in Australia’s security landscape, while not damaging our essential research sector.”

It is estimated that states and territories alone have over 130 agreements with 30 nations that could be impacted.