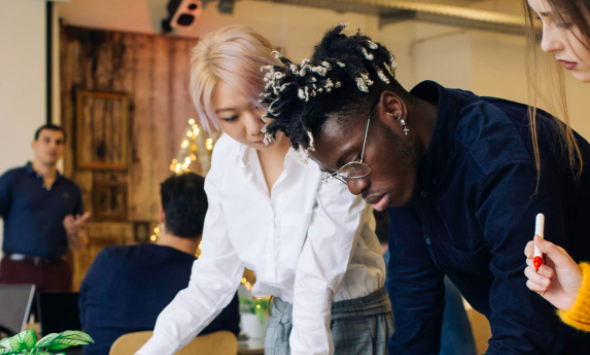 The London Interdisciplinary School will seek to give students the skills to tackle complex global and local problems, as well as to thrive in an evolving world of work. Applications are open for the school’s 2021 founding cohort, with 100 spaces currently available.

LIS’s degree awarding status has been given by the Office for Students, which regulates England’s higher education.  It is the first time a new provider has secured degree awarding powers without emerging from an earlier institution or being validated by another provider for over 50 years.

The LIS leadership – Ed Fidoe, co-founder of School 21, Chris Persson, creator of Bookatable, and Carl Gombrich, founder of UCL’s BASc program – say that a new approach to higher learning is needed if students are to be able to navigate a world fraught with complex challenges, from the climate emergency to the mental health crisis.

“We always knew that if we wanted to create a truly innovative degree then we needed to control curriculum design, appoint LIS faculty and award our own degrees,” said Fidoe.

“We have been working towards this goal since the government White Paper of May 2016. The regulator set the standard very high and we are incredibly proud to be the first in half a century to open our doors with the powers to award our own degrees.

“Our interdisciplinary degree is not going to be for everybody. It’s going to be challenging. But it will also be rewarding and the students that join our 2021 founding cohort will forever be an important part of the LIS journey.”

The institution’s faculty will consist of academics from world-class institutions such as Harvard, Oxford, and LSE, including epidemiologists, mathematicians, artists, complexity scientists and others from a wide range of academic backgrounds. Teaching will be the main focus rather than research.

“NDAPs for LIS is a landmark for higher education”

Students apply directly to LIS, offering an additional choice outside of UCAS, and its contextual application process, recently highlighted in a report commissioned by the OfS, also goes against the grain by interviewing every applicant and assessing their potential in the context of their personal background.

“NDAPs for LIS is a landmark for higher education but even more for our future students who will learn in the crucible of interdisciplinarity which is powerful both academically and as a preparation for the new dynamics of working life,” said Mary Curnock-Cook, former chief executive of UCAS.

“This is a superb and rigorous innovation in HE,” said Mary Curnock-Cook, former chief executive of UCAS.

The news comes at a time when a number of institutions are providing degree alternatives to those offered by public institutions.

Recently, the UK’s Dyson Institute of Engineering and Technology announced that it will soon have the power to award its own degrees.

Dyson’s institute was founded in 2017 as an alternative to a traditional degree education. Following Dyson’s investment of £31.5 million, the institute has started taking applications for the September 2021 intake.