Misunderstood and sometimes parodied, the U.S. Space Force is educating the public about its mission 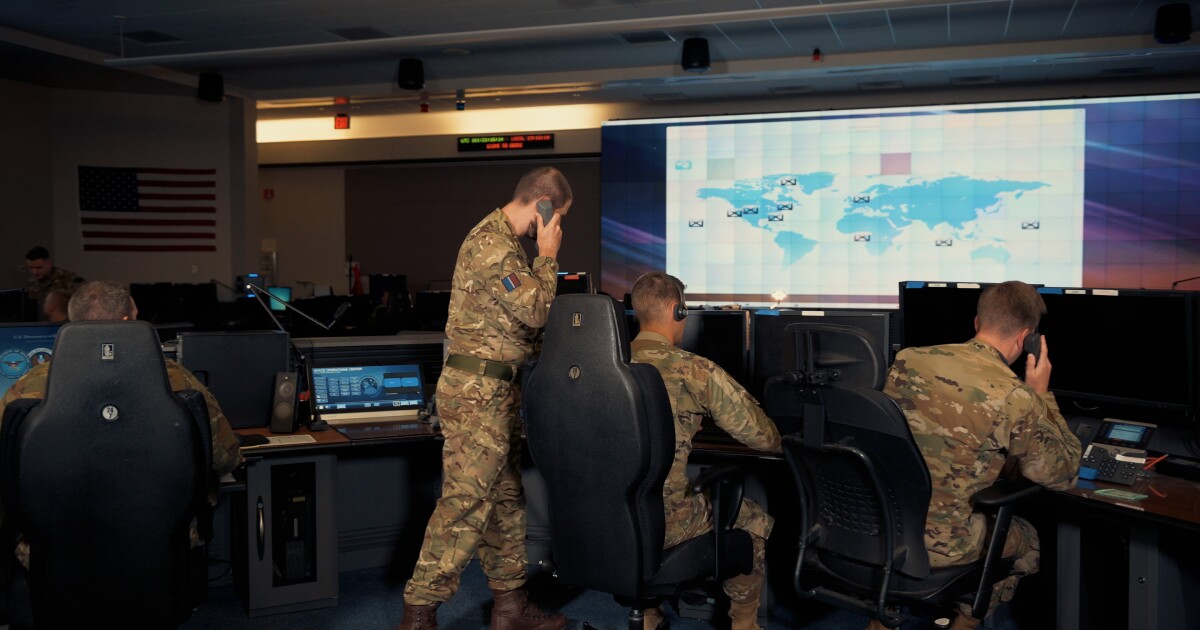 The U.S. military’s Space Force appears like it’s not going anywhere, having outlasted the Netflix show of the same name.

Yet the country’s youngest service branch at two years old is still on the receiving end of jokes and bigger questions about what it does and why it exists.

“Most people don’t have the information they need,” said Master Sergeant Phillip Shane. “When someone asks, I try to educate them the best I can. It’s just the information is not out there.”

As the superintendent of the cadet space operations squadron at the U.S. Air Force Academy, Shane oversees about 125 cadets as they learn how to handle objects in outer space. He said the squadron manages two satellites that pass over the Academy a few times every day.

The work may sound exotic, involving rocket ships and zero gravity, but in reality it looks a lot like an office job in front of a few computer screens.

A handful of cadets and Shane pack into a room no larger than a small office as the satellites near. As the first one comes into range, a team of three cadets hustles to download experimental data from it and log any problems that arose since the last time the satellite passed overhead.

“It’s structured just like a normal crew at a Space Force Base,” Shane said. “It gives them experience on what’s going on with the real world and how that translates once they get into their operational unit.”

Many of the cadets he oversees will become guardians, what the U.S. military calls members of the Space Force. While the service branch is still relatively new, the majority of what it does isn’t.

Before coming to the Air Force Academy, Shane was stationed at then Buckley Air Force Base, where he worked on missile warning and defense. Both are now under the purview of the Space Force.

“We’ve been doing these operations for literally three decades,” he said. “The only thing that’s really changed is name tapes and a new branch of service.”

But that switch represents a significant shift in where the military expects to see conflict in the future.

“The stand up of the Space Force is an acknowledgement that the space domain is no longer a benign environment,” said Col. Eric Dorminey, a director of information mobility in the Space Operations Command. “It used to be that we would launch, and the only thing we’d have to worry about was space weather.”

Some countries see what the United States and its allies have gained from space technology and may wish to take that advantage away, said Maj. Gen. Shawn Bratton, who leads the command that trains and develops guardians.

“We see electronic warfare capabilities being fielded; a spacecraft that can do harm to another spacecraft,” he said. “And then things from the ground that shoot into space and destroy a spacecraft. We’ve seen both Russia and China test those.”

If these things get past the test phase, it could affect more than the military, Bratton said. One of the Space Force’s responsibilities is protecting the satellites that comprise the GPS constellation—which we use in our cars, on our phones, and many other ways.

Bratton stressed dismantling the GPS system would be difficult, but he said it’s not worth risking, especially given how much daily life depends on it.

“GPS provides a timing signal that we use for money transfers, for example,” he said. “It would affect computer networks, banking systems. We use GPS in agriculture for automated farming activities. That’s on the civilian side.”

“Our soldiers, sailors, Marines, sometimes they need GPS to provide precision guided bombs to targets,” said Lt. Col. Albert Harris. “Our airmen and sailors, when they want to communicate over the horizon, a guardian helps them do that.”

Harris runs the 392nd combat training squadron, which designs training exercises for the Space Force. His unit had been in the Air Force, but since the stand up, they’ve been able to focus directly on the Space Force’s mission of defending military assets in space, Harris said.

“It’s exposed some gaps that we didn’t know we had,” he said. “The threats against our nation have grown in scope and complexity over the years, particularly with space.”

But that doesn’t necessarily mean military members will be leaving earth.

Space Force’s stand up also means the existing service branches are shifting to recognize how the military’s technology beyond the planet’s atmosphere affects what they do.

The Air Force Academy recently revamped its labs that teach every cadet how the six service branches complement each other. The facility includes updated flight simulators that resemble the controls in a cockpit, new computers, and software that now also presents scenarios set in outer space.

It’s part of how the Academy is adjusting to meet what the Space Force needs, said Maj. Catherine Brewer, an instructor.

“We put out a bunch of great pilots from the Air Force Academy,” she said. “But we also need to focus on future operations, disruptive technologies, a lot of which are going to come from the space area.”

It’s valuable information for all cadets, regardless if they want to be a guardian, said cadet Parker Ashlock. He intends to become an Air Force pilot after he graduates from the Academy this year.

“Even if we go into a job that doesn’t necessarily have space in the title, space still touches it,” Ashlock said. “We’re going to be working with our guardian counterparts wherever we are.”

For other cadets, the exposure to space concepts fundamentally changed their trajectory in the military. Cadet David Jovanni Garcia oscillated between becoming a pilot or an astronautical engineer in the Space Force.

“I’ve been blessed with having the opportunity to do both,” he said. “But I came to a realization that I’ll be limited to the machine. Yes I’ll be able to fly and do crazy maneuvers with it, but what can I do to try and affect the engineering process. ”

Cadet Kaitlin Roberts was in a similar position choosing between being a pilot or working with satellites.

“It was a hard battle to choose between the two,” she said. “But ultimately I was thinking I’m going to spend my pilot career just waiting to get back into the space industry. Might as well just stay in and see what I can do.”

That kind of enthusiasm for outer space runs throughout the new force.

But it’s something that hasn’t penetrated the public consciousness yet mostly because of Space Force’s age and size, Bratton said.

“It’s just so small compared to the other services,” he said. “There’s only a handful of bases, so unless you live in proximity to one of those, you don’t generally encounter someone.”

The new branch is growing, looking to add hundreds more military and civilian members this year.

And while the Netflix show may be no more, the satire it built on will probably remain, Dorminey said.

“All the other services have been subject at one time or another to some satirical reference,” he said. “I think it’s valuable to be able to laugh at yourself a bit, but that does not detract from the seriousness of the business that we do.”

This story was produced by the American Homefront Project, a public media collaboration that reports on American military life and veterans. Funding comes from the Corporation for Public Broadcasting.