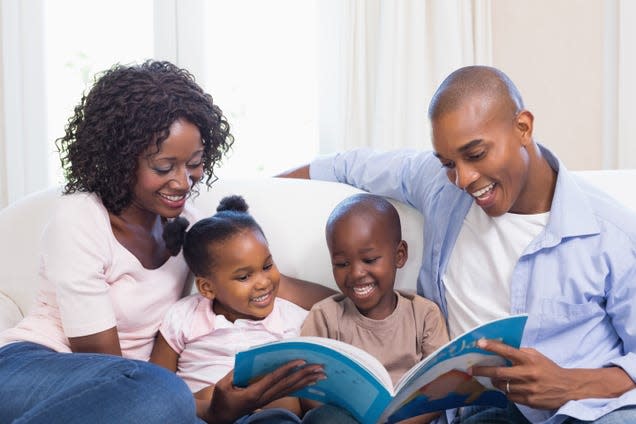 The year-and-a-half my children spent learning from home during the height of the COVID-19 pandemic gave me a whole new appreciation for their teachers. And while I was terrified to send them back when their schools reopened, I knew that teaching was not my ministry and that our entire household could benefit from a few hours apart each day. But as school safety and curriculum continue to be heavily debated topics, there are more and more Black families who are choosing homeschooling as the best option for their children.

An increasing number of Black parents began considering homeschooling as an option when COVID forced their classrooms to close. The percentage of U.S. families who reported homeschooling their children nearly doubled from 5.4 percent in April 2020 to 11.1 percent in October 2020, according to the Household Pulse Survey conducted by the U.S. Census Bureau. Black families played a large role in this growth, with homeschooling numbers that rose from 3.3 percent to 16.1 percent in the same period. As parents struggled with often confusing messages about vaccines and masks, they felt their children were much safer learning from home.

But there has also been a growing concern among Black parents about the curriculum taught in schools around the country and the important Black history lessons that are left out. And as school districts around the country continue to ban books and whitewash history lessons, Black parents are feeling that their public schools are failing them and are choosing to take matters into their own hands.

Some are even designing their own lessons, including Delina Pryce McPhaull, a Black mother who has always homeschooled her three children (12-year-old twins and a 14-year-old). She developed her own U.S. History curriculum after struggling to find one that wasn’t written from a conservative Christian perspective and was inclusive of African American contributions to the history of the country. “I got tired of reading about white people, white people’s experience,” says Pryce McPhaull. “You get tired of the same perspective the whole time.” When she finally made Woke Homeschooling available for download in 2019, parents were eager to take advantage. Her sales grew from 300 downloads in August 2019 to more than 2,000 one year later.

As she developed her Woke Homeschooling curriculum, Pryce McPhaull realized that she had a lot to learn about Black history herself. She says she knew very little about the Reconstruction Era, and while she knew the term Jim Crow, she didn’t know much about the laws that were designed to enforce segregation. And today, as new laws limit teachers’ ability to discuss race and gender in the classroom and books that deal with LGBTQ issues or racism are banned in her state, the Texas mother knows how important her work is to ensuring her children receive a more comprehensive education. “They’re basically banning anything that might make white students feel uncomfortable,” Pryce McPhaull says. “We don’t shy away from hard truths. It doesn’t disappear if we don’t study it.”