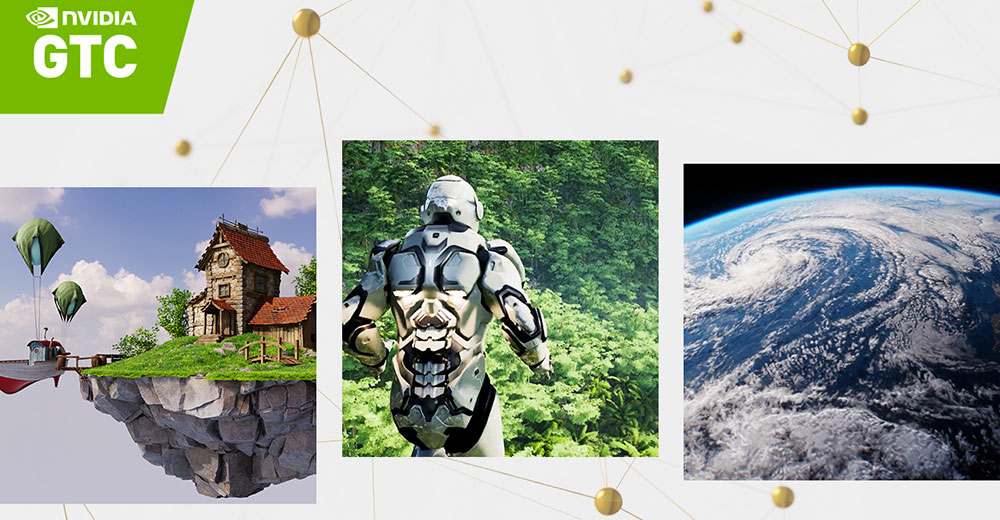 Nvidia’s GTC conference last week was amazing. What Nvidia does that no other vendor seems to get is use their technology to craft the keynote. Instead of watching a boring talking head, you get to see the benefits of their latest technology used and demonstrated virtually.

Given that Nvidia makes the leading metaverse platform, Omniverse, and uses Omniverse to stage the event, you also get a sense of how future TV shows and movies will likely be made, which is without sets and, probably at some point, without physical actors and, later, probably without voice actors because Nvidia’s technology can take a person’s voice and reproduce it saying pretty much anything.

While the technology isn’t quite good enough to create a blockbuster, it has the potential to advance blue screen work to a degree where physical sets can mostly be eliminated, making TV and movie creation much less expensive and potentially providing more content for a content-hungry world.

But that’s just the tip of the iceberg. Let’s explore some of the things we’ll be able to do in the next few years as a result of Nvidia’s efforts.

We’ll close with my product of the week: a new Chrome All-In-One from HP which may represent one of the biggest bargains in personal computing.

One of the things that concerns many of us is what is happening now in Ukraine. But what we aren’t talking about is the shock that those that have evacuated the country will get when they return once the war is over. The homes they’ve had, the things they grew up with, are all gone.

As I mentioned last week, this could result in the country becoming one of the most technologically progressive. Millions will miss the Ukraine that has been destroyed and, as they age, will want to return to see the country they grew up in. I know that feeling myself as many of the places I lived when growing up are gone. All I have of those times are a few faded pictures and fading memories.

Omniverse provides the chance to digitally recreate from pictures pre-war Ukraine, possibly recreate the home I grew up in, and eventually even populate these settings with versions of people who have passed. While interacting with those people realistically would likely require data that wasn’t captured, children being born today might be able to talk with digital representations of those they grew up with that are created from their internet footprints.

Imagine being able to talk with the best representation of a parent, teacher, mentor, or childhood friend that is no longer with us. Those that are alone as they get older could drop into a digital world, set aside their infirmities for a moment, and relive some of their better memories or create new ones.

I think it would be cathartic for those experiencing loss and allow them to also explore what-ifs. For instance, a lot of us wish we could go back and do something differently, the potential is there with Omniverse to do exactly that at some future time and see what the outcome might be.

Nvidia is the only major tech company, except for Lenovo, that takes robotics seriously. It’s using Omniverse to train those robots, which means the virtual worlds created in Omniverse will have the potential out of the gate to use that training to create robotic elements in that virtual world long before those robots are manufactured and sold.

When we get to the point where we are buying robots for our homes, we can see how different units might work in our virtual home before we make our final purchase. In fact, I expect the virtual representation of what a fully automated home or workplace will look like will be available to be explored digitally long before we have that in real life.

In the opening of CEO Jensen Huang’s talk, we saw Nvidia’s headquarters photo-realistically rendered, and then we saw all the robots doing their jobs around the campus as we explored the site. At the end of the talk, Nvidia drilled down into its virtual data center and had the servers dance to music, showcasing the incredible flexibility of this virtual world which can, but doesn’t have to, use our physical laws to function.

I’m a gamer myself (my wife has been complaining she is a gaming widow of late because I’ve gone back to playing “City of Heroes”). But as I play my game and look at the huge jump in quality Nvidia promises with the use of its metaverse toolsets, I can imagine future video games that are even more photo realistic with a full application of physics and destructible elements.

Another part of Huang’s keynote was on training virtual people like non-player characters (NPCs) who would move and interact as if they were real people. Granted, that makes games like “Grand Theft Auto” feel far more twisted, but the jump in realism would be, excuse the pun, game changing.

We are talking about future games that could introduce your home, office, neighborhood, or site, allowing you to decouple the digital twins and have adventures in known locations.

You could not only travel to places that looked and felt real because they used actual digital twins of those real locations, but travel to the past and view the old Seven Wonders of the World. Or, in a strategy game you could see what you might have done with Ukraine’s resources defending against the Russian invasion using renditions of the actual elements in that war.

We have a lot of armchair generals in the media. Wouldn’t it be interesting to see what would happen if what they recommended had been done? Imagine watching a news program where the host was able to bring up a rendition of a battle in real time showing the outcome of what a pundit was saying they would do. I expect we’d have several Dunning-Kruger type events.

It looks like the first true Level 4 autonomous cars will show up in 2024/5 with those cars getting what appears to be a major upgrade in 2026. Based on what was presented at GTC, it looks like Mercedes, Jaguar Land Rover, and BYD (the number two electric car maker in the world that I just started watching) will be adopting this technology more aggressively as early as 2023.

I still find it fascinating that Nvidia and almost everyone else uses the Chauffeur autonomous driving model rather than Guardian which is more popular by far.

Chauffeur pilots the vehicle with no driver interference, but people just aren’t ready to give up driving yet.

Guardian uses the same technology to provide a choice between human and machine driving but still prevents you from making a critical mistake that could cause an accident. It can take over and drive the car if you are injured or impaired. If you get distracted and otherwise drift into oncoming traffic, Guardian will take control and prevent that accident while letting you know you almost screwed up badly.

Getting a warning is far preferable to ending up in a head-on collision. There was a recent accident in which a 13-year-old driver died and killed several school kids, as well. This technology could have prevented that. You wouldn’t even need to know that much about driving because the car would be the expert driver. (Personally, I’d like to try this technology on track days, but I expect some other driver might call that cheating.)

Wrapping Up: The Tip of the Iceberg

One of the things that sets Nvidia apart from its competitors is its habit of using the company’s own technology during presentations like its GTC gathering. In addition, much of what was showcased was developed with the kind of work they do in mind.

In a way, in several areas, the company is its own best customer. This not only showcases confidence in its product, it emulates to a degree what Steve Jobs did at Apple but on a far larger scale. At Apple, Steve Jobs was the most important customer and the result, while he was there, was a far higher-quality and more targeted offering.

With this approach, Nvidia gets an even stronger advantage, because as it uses its own technology, the company gains the competitive benefit from it which goes into building even better technology which it then uses. The result is a development cycle unmatched by any other company I cover. Nvidia constantly lifts itself up by its bootstraps and gains an accelerated, competitive advantage.

In a few years, Nvidia will dominate autonomous machines (robots and cars) even more than it does today, be the technology vendor behind the metaverse, find itself at the heart of revolutionizing how we remotely collaborate, and be core to our smarter and more-capable digital assistants.

Nvidia is on a roll and, given this circular development/use cycle, it’s unlikely to be caught from behind because the company seems to be able to accelerate faster than anyone else in market.

For a PC platform, the typical recommendation is to buy the most performance you can get. But with the new HP Chromebase AiO, I think the better path is to buy the base configuration because of how the product is likely to be used.

Think of the HP Chromebase as a Google-based digital assistant on steroids. This would be an ideal kitchen machine for cooking, a decent machine for kids who are mostly doing online schoolwork, or for anyone living mostly in the cloud.

Chrome is generally best as a connected device consuming cloud resources, so you don’t need much power. For all that, the entry price on this impressive-looking product is around $500. It is available to order now, with a scheduled to ship date April 15.

Because I typically live in a Windows world and have a bit of a gaming addiction, Chrome products haven’t been on my short list. However, I do use digital assistants a lot, and you can put this in digital assistant mode. But unlike most digital assistants which have no screen or a very small one, this has a 21.5-inch screen that you can see across the room. 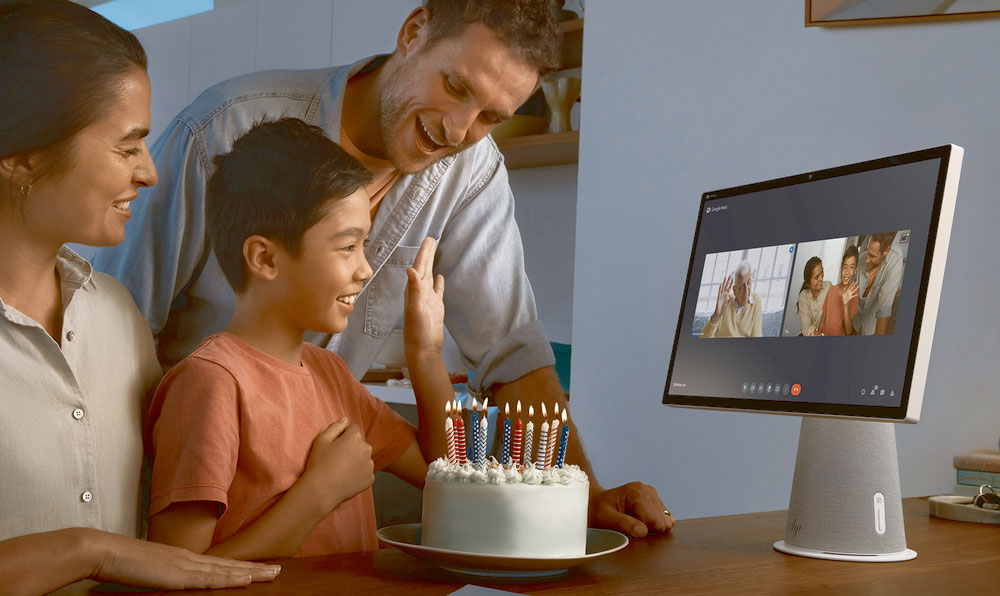 This is one of the few products that looks better in person than it does in pictures. It has a sleek, contemporary design with a weighted base that keeps it from toppling.

For a basic home computing product that would look good in your home, for mostly living in the cloud, and as a kitchen PC or for a child that attends a school that supports Chrome products, this would be ideal and, given this is one of the first Chrome-based PCs I’ve liked, the HP Chromebase All-in-One PC is my product of the week.

Oh, and if you want extra performance, HP, unlike Apple, doesn’t charge you an arm and leg for it, so the product remains a value across its relatively narrow price range.

The opinions expressed in this article are those of the author and do not necessarily reflect the views of ECT News Network.