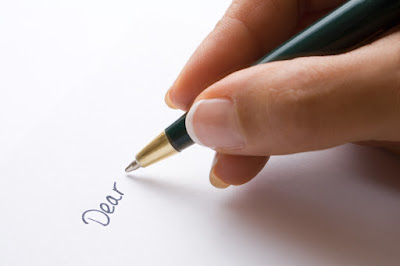 It’s me again, your old pal, Chancellor David C. Banks (although I much prefer to be called MISTER Chancellor David C. Banks). My job is very important, and that’s why I get paid $364, 000 (plus expenses of course). Gala luncheons don’t come cheap, as you know. Or maybe you don’t, what with being in schools that don’t even have teacher cafeterias anymore. But I digress.

Today I want to talk about class size. Of course Mayor Adams and I want our students to have smaller class sizes, but we don’t want to rush into things. After all, it was only 60 years ago that we capped class size because you, the UFT, gave up money to cap it. And we’re fine with reducing class sizes if you pay for it. Here’s the thing, though–It appears the state wants us to pay for it. We have a lot of expenses. There’s my salary, for one. There’s my brother’s job, and with his record, it wasn’t easy to find him one, let alone a plum gig like this one.

And you all know that since we dumped Skedula, it’s on us to create a new system. Have no doubt we will spare no expense to develop it. Surely it will cost at least 95 million dollars, just like ARIS, which we introduced as the very bestest thing on earth and then dumped unceremoniously. Sure that was a complete waste of money, and sure, we’re the guys who left little children freezing and stranded on street corners when our no-bid contract company failed to deliver, but hey, just trust me, okay?

Of course we would love to make class sizes lower. We simply don’t want to pay for it. Now I know you have arguments. For one thing, there are 675 public school districts, and we have worked our way up to 663 in class size. There are TWELVE districts that have EVEN LARGER class sizes, and you should be GRATEFUL we aren’t LAST. But NOOOO. You complain, blah, blah, blah, and want me to take money that could go to my salary, or additional neptism beyond little bro, any use it to HELP kids I haven’t even MET.

Then there’s all of you going on about academic research that suggests smaller class sizes benefit students. Some of you even say it’s common sense that if students get more attention from teachers it benefits them. Well, I’ll tell you three things. First, common sense is the least common of all the senses. Second, Mike Bloomberg says a good teacher could teach 70 kids at a time, and he’d have fired half of you to make that happen if only you weren’t unionized. (And Bloomberg must know something, otherwise why would he have all that money?) Mayor Eric Adams suggests we could have one teacher teach 400 kids at a time on Zoom. Now there’s a way to save money, but no, you greedy UFT teachers are still blabbering about class sizes.

Now some of you think we have more space since we’ve gone from 1.1 million students to 850,000, and argue that’s common sense. But we simply cannot afford to be guided by common sense. We have priorities. Sure, The total five-year cost for additional teachers — $1 billion — is less than one percent of the city’s current $100 billion annual budget. But there are so many other things we could spend that money on. How about a catering service here at Tweed, for example. Do you think we like having to have our secretaries call restaurants? How much could we save on our expense accounts if we had an in house chef?

Now I know that you, as teachers, think you know stuff. But the fact is that the highest paid among you only makes about a third of my salary. That makes me roughly three times smarter than you are. Therefore, you should listen to me.

It’s clear if we have to devote not only the $7.6 billion in additional federal support that has come to our schools, but also the $1.3 billion in state funds through Gov. Hochul’s commitment to fully fund foundation aid to class size reduction, we will be unable to grant the sort of corporate raises around here that Make America Great. Look, Eva Moskowitz is pulling in almost a million a year while I sit here working for chicken feed. And let me tell you, the charter folks who gave Mayor Adams at least six million bucks for his campaign are gonna be PISSED if this comes to pass. Their class sizes could go through the roof, if we can even find them a roof after taking care of those frigging public school kids.

So please, guys, give up the ghost already. It’s not profitable for us to pour our extra billions into facilities for school children that don’t even turn a profit. This is the American way. That’s why all your school cafeterias are closed and you’re all eating in your cars. Hey, your car is pretty nice, isn’t it? Nicer than that nasty old cafeteria, right? Nicer than those streets we fail to maintain.

So please, call your union leaders and tell them to just stop all this class size nonsense. You know that rather than admit we have all this extra money we’ll cry poverty and say we need to fire the social workers and nurses we’ve finally placed in schools after decades of neglect, don’t you? Then we’ll say it’s your fault, and the New York Post will run an editorial saying you all suck.

You don’t want that, do you? Remember, I’m the guy who made a video during teacher appreciation week. What more are you going to want? Please get used to your overcrowded schools and classes, and stop your bellyaching. This job is a calling, and your working conditions ought not to matter at all, even if they are your students’ learning conditions.

And that’s just one reason you’re never gonna catch my ass in a frigging classroom.