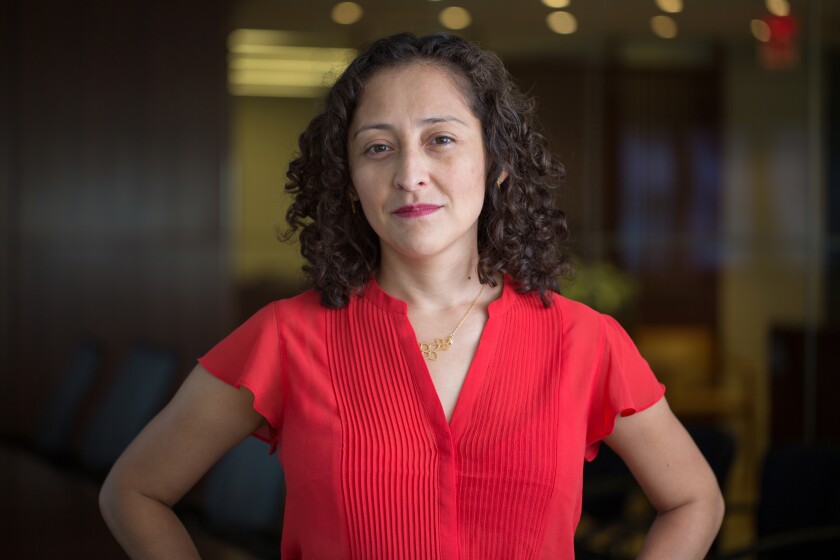 
One and a half billion dollars is a big mea culpa, but that is what one philanthropy is throwing on the table to address what it admits is a longstanding problem: the failure to advance diversity, equity, and inclusion in health research.

The Howard Hughes Medical Institute, one of the nation’s wealthiest philanthropies, last month announced a $1.5 billion effort designed to help scientists of color advance in their careers. This is only one of several DEI programs that some of the nation’s largest grant makers and health charities are undertaking. The Chan Zuckerberg Initiative, for instance, is working with the National Academies of Sciences, Engineering, and Medicine to award $1.15 million to biomedical researchers who have a record of promoting DEI.

Other grant makers are working to change their practices to ensure scholars of color are more likely to get philanthropic and government support to further their work.

Yet many grant makers and health charities say their own progress has been lagging, and they are joining forces to do more.

Ten years ago, a survey of National Institutes of Health funding found that Black applicants were 10 percent less likely to be awarded grants than their white counterparts, with other factors being equal. Today, health grant makers, spurred by both the Covid pandemic and the racial-justice movement following the death of George Floyd, have begun to take action.

Leslie Vosshall, vice president and chief scientific officer of the Howard Hughes Medical Institute, said her organization took action because it deplored the research funding gap for Black biomedical scientists, as well as the underrepresentation of scientists of color at universities and research institutions.

“It has been a century-long gap in biomedical sciences,” she said, noting that this disparity exists in other fields as well. “Good science is done by a diverse cohort of scientists. If we don’t let everyone sit at the table, we’re leaving an enormous amount of talent behind,” she added. “Diversity begets better science.”

Ivory Dean, science program manager at the Chan Zuckerberg Initiative, agreed. “Representative science is better science. To cure, prevent, or manage all diseases, science must be more inclusive of people of color, as a lack of genetic diversity in studies and research has introduced significant bias in disease treatments and outcomes,” she said in an email.

Last fall, in a Chronicle opinion piece, three officials at Chan Zuckerberg Initiative urged all science grant makers to make sure they focus on the people most at risk from a health issue and said all grant seekers should be asked to submit a plan for how they will work with the people their research affects as part of the proposal process.

Indeed, that focus on who gets studied in medical research is a big part of several new efforts. For example, the American Heart Association, with support from Pfizer Ventures and Gates Ventures, announced a $20 million research project to study the barriers to the participation of diverse people in clinical research trials.

The Robert Wood Johnson Foundation, the nation’s largest health philanthropy, opened a call for proposals in April, awarding a total of $1.3 million for research that benefits those affected by structural racism and discrimination, noting that people who are supposed to benefit from the research must have a leadership role in the study.

These DEI programs mirror similar efforts by the federal government, the largest supporter of biomedical research. The National Institutes of Health has initiated multiple programs to enhance the diversity of the NIH-funded work force. The programs’ goal is to establish effective ways of training and mentoring scientists from underrepresented groups, focusing on multiple levels: mentoring students, improving faculty development, and strengthening the research training infrastructure of institutions.

The Health Research Alliance, a consortium of 107 nonprofit health grant makers, is also pushing for change. It recently released a report that analyzed 10 years of data submitted by its members.

Maryrose Franko, executive director of the alliance, noted that the data starkly showed that the percentage of female award recipients across all career stages had “flatlined” over the decade. The percentage of Black recipients of grants funded by the group’s members was 1.7 percent and for grants funded by NIH, 2.6 percent, while Census data put the Black population at about 13 percent during this period, the report stated.

“We need to call out the problem,” Franko said. “We’re calling attention to our lack of success: Yes, we’ve been working on this, but it’s not good enough.”

To address these disparities, Howard Hughes’s new $1.5 billion effort will pay for up to 150 early-career biomedical researchers who are “strongly committed” to promoting DEI in science. Thirty scholars, appointed for a five-year term (renewable once after evaluation), will be chosen on alternate years for 10 years. Each scholar will receive up to $8.6 million over 10 years.

A critical innovation of the program, Vosshall said, is that it insists that award recipients spend 80 percent of their time on science. If that condition were not placed on the grant, she said, recipients would be subjected to a “minority tax”: Because there are so few scientists from underrepresented groups, many are called upon to participate in diversity committees and programs, to make speeches, and so on.

“It’s time taken away from science,” she said. “You’re setting people up for failure.”

She also points out that over the 10-year grant period, each researcher may have 50 to 100 students working in the lab, which ideally will be magnets for attracting a diverse work force. A key gauge of the success of the program will be if, as expected, “we will have had thousands of students go through the labs who will diversify science.”

For its part, the Health Research Alliance — whose members include relatively small grant makers as well as large organizations like the American Cancer Society — is taking a data-centered approach to tackling diversity. Kimberly Lezak, managing director of the Medical Foundation at Health Resources in Action, an alliance member, was a co-author of the group’s recent Nature Medicine commentary, in which it laid out its findings.

A problem of measuring the progress of diversity efforts, or even of having a clear picture of the current situation, Lezak said, is a lack of data. Most members do not have long-term demographic information. “There’s this increased recognition that you have to know where you’ve been in order to know where you’re going,” she said.

To make some initial recommendations, the alliance surveyed its members for the methods they used in three areas: collecting and using demographic data, increasing diversity in applicant and grantee pools, and reducing bias in award-selection committees.

From its members, the group found that sometimes promoting inclusiveness is a relatively simple matter, such as changing the language in the call for grant applicants. The Doris Duke Charitable Foundation, an alliance member, has been studying ways to increase equity in grant making for years.

To increase gender equity, in 2016, the foundation sought to minimize words traditionally associated with masculine traits. Instead of “leadership potential,” for example, it substituted “promise to make significant contributions.” Similarly, application portions that asked for ratings from an applicant’s mentor and department chair were altered to eliminate categories associated with gender.

“For Health Research Alliance members and other funders, the takeaway is that there are actions that we can take to try to change who applies to our funding — who has access to apply to our funding — and who gets funding,” said Sindy Escobar Alvarez, program director for medical research at Doris Duke, who was also a co-author of the Nature Medicine commentary. “There’s a real energy around making a difference.”

Doris Duke, she said, wants to “harness this collective energy around aggregating” data. In fact, the alliance seeks to pool insights such as those from Doris Duke to work with its members to create new strategies and evaluation metrics.

Franko said she was “thrilled” that all of her group’s members had come together to produce a “groundswell, a grassroots effort.”

“As a community, we can work together to make much more of an impact together than we can on our own,” she added.

Reporting for this article was underwritten by a Lilly Endowment grant to enhance public understanding of philanthropy. See more about the grant and our gift-acceptance policy.