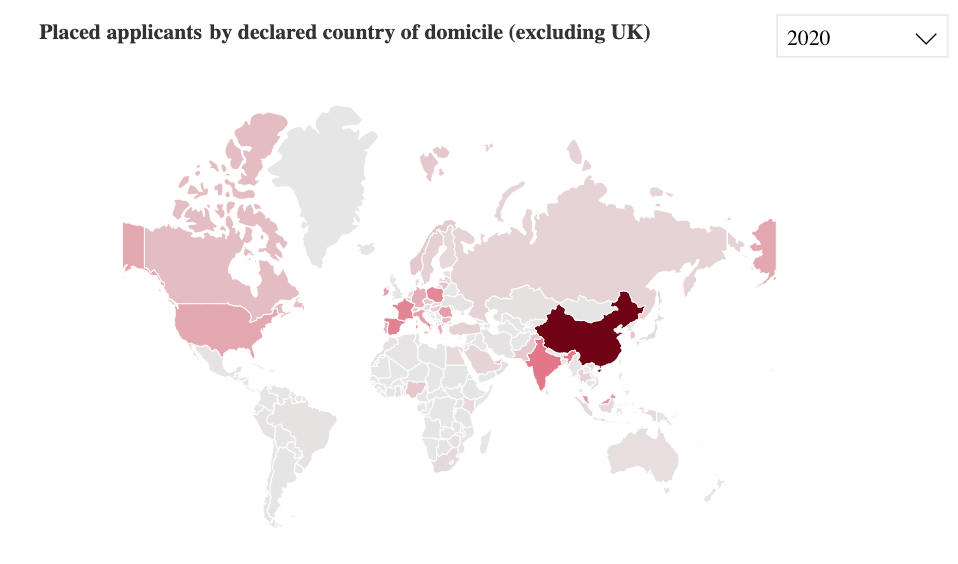 In recent weeks, UK university stakeholders have expressed cautious optimism about international student numbers on campus for the next semester, with some institutions confirming to The PIE News that accommodation contracts are being signed and that “several hundred” students are already quarantining prior to the start of term.

However, a drop in EU-students was also noted in the UCAS analysis – down 2% compared with 2019/20, to 29,630 – which sector stakeholders have said is likely to be a knock-on impact from the uncertainty surrounding Brexit. 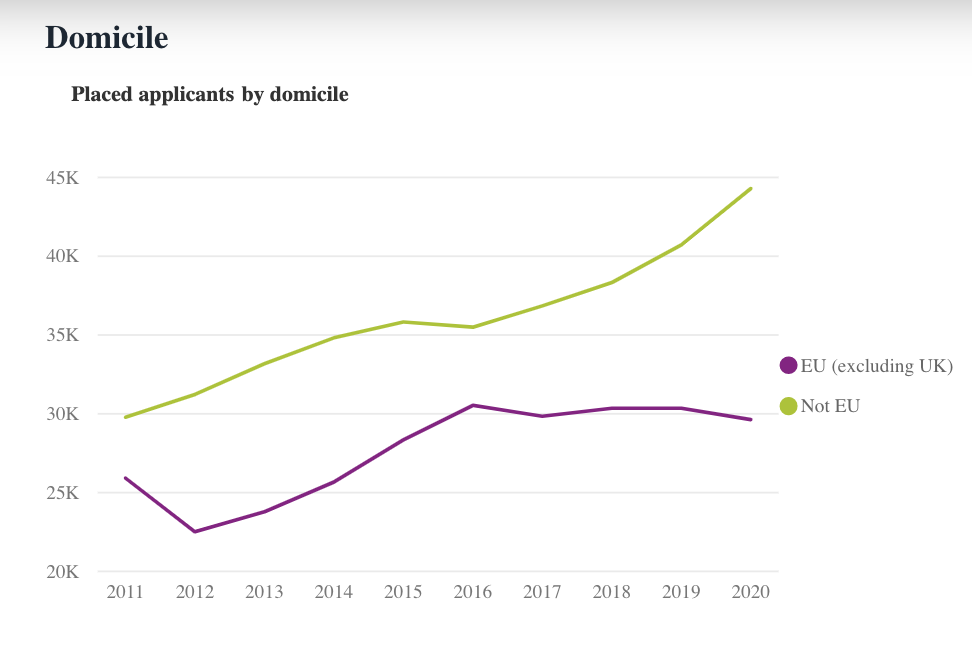 The admissions service figures usually include fewer than half of the more than 100,000 international undergraduate students coming to the UK, with the remainder and postgraduates applying directly to universities.

Following three years of decreases, accepted applicants from the UK are also up 4% to 441,720.

Concerns that large numbers of students would defer entry because of campus restrictions have also not come to fruition, with only a slight uptick in the proportion of deferrals, 5.7% compared with 5.4% last year.

“I admire students for their adaptability and resilience in recent months, which will put them in a strong position to thrive on their courses and benefit from the world-class education they’ll receive through a variety of innovative methods this year,” noted UCAS chief executive, Clare Marchant.

Speaking during an Edvoy webinar, director of Global at the University of Portsmouth, Bobby Mehta said a variety of measures are being put in place to help students to have the opportunities to socialise and catch up on course work they may have to miss due to travel schedules or quarantine restrictions.

“We have some classes which are face to face, and then we’re doing breakout networking sessions online, and we’re doing an on-demand service as well,” he explained.

“So whatever you miss in terms of the online [work] – if you happen to miss a session because you’re on your way to campus travelling by plane or whatever – you get it on video, on-demand, to watch at your own leisure.”

Lots of universities have taken that type of approach, Mehta added.

“And we recognise that students will have different experiences based on their individual circumstances where they are: some will be travelling to the UK, some will be in isolation once they get here, for a couple of weeks.”

“One thing that we should bear in mind is that in different countries, various ministries of education have actually recognised that there is a global pandemic and that they are happy for students to initially start their programs online and to work with universities based on what their universities have decided,” added CEO and founder of Edvoy, Sadiq Basha.

“So there is also the support from governments across the globe.”

Additionally, director of UUKI Vivienne Stern pointed out, universities have been “planning for this for several months”.

“Universities became very good at making sure things like access to food if you can’t go out to shop because you’re isolating, access to healthcare if you fall ill and all of the arrangements are in place so that people don’t have to travel long distances.

“Universities have gone above and beyond the call of duty to make sure that no student is left stranded without access to the services that they need,” Stern added.