students and teachers caught up crackdown on African passport holders 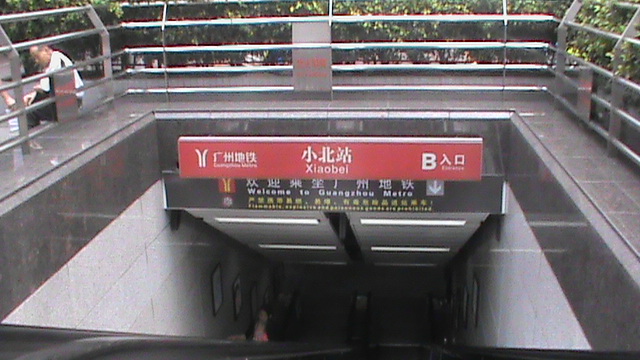 According to the country’s Ministry of Education, in 2018 81,562 students from Africa were studying in China, accounting for 16.57% of the international student body.

Guangzhou is home to several universities, including Sun Yat-Sen University, which is ranked among China’s top 10 HE institutions in THE’s 2020 rankings.

The crackdown began after five Nigerian businessmen living in an area informally dubbed Little Africa tested positive for Covid-19 on April 7. Local media often states that Guangzhou is home to over 300,000 Africans but other estimates put the number closer to between 10,000-20,000.

Over the next few days African passport holders – including English teachers and international students – were forced from their homes by landlords and refused access to shops to buy food.

They were further denied access to hotels, which resulted in dozens sleeping on the streets and receiving food and support from charities.

“We’ve just been down there a couple of hours ago distributing water, food and blankets. It’s sickening,” noted one volunteer.

“Also there are reports of foreigners being sealed in their apartments despite testing negative, having done their 14 days or not having been out of the country. Alarms are being put on doors that alert the police if they are opened.”

One English teacher reported that police had arrived at their home around midnight and placed them and several other South Africans in quarantine.

Another South African teacher on a work trip to the city from another province said they were forced to sleep in the toy room at the school because she couldn’t find a hotel that would take her.

Students living on campus were less affected but according to reports, still face discrimination.

“Police are visiting the bars in our street, we are all being told to check every customer’s passport,” said one bar owner.

“If it’s an African passport we are not allowed to let you in and we have been told to advise our African customers to go back home and quarantine.”

By April 10, African embassies had joined together to hold an emergency meeting with Chinese authorities, while back home some politicians were calling for Chinese people to be thrown out of their countries in response.

The following day, the US Consul General in Guangzhou sent an email to US nationals in the city in which it advised: “African-Americans…to avoid the Guangzhou metropolitan area until further notice.”

He stated that “the Guangdong authorities attach great importance to some African countries’ concerns and are working promptly to improve their working method”, that “African friends can count on getting fair, just, cordial and friendly reception in China” and reminded people of the assistance China had given to several African countries when they had Ebola outbreaks.

Caucasian and other Asian non-Chinese living in the city have also reported being denied access to services.

“I got stopped and denied entry to the metro today, so it’s starting to affect other foreigners as well. But it’s not as bad as what the African community is dealing with at the moment,” noted one resident of the city.

“Due to the impact of foreign epidemic, foreign friends are prohibited from entering the supermarket”

Another posted a photo on WeChat showing a supermarket sign that read, in Chinese and English: “Due to the impact of the foreign epidemic, foreign friends are prohibited from entering the supermarket!”

Some local residents have hit back on social media saying that the treatment of Africans is not racist or discriminatory but simply “protecting China from coronavirus”.

Despite China’s push to establish closer relations with African nations, Africans in the country say they have long experienced discrimination at the hands of authorities and local businesses. Negative attitudes also extend to black North Americans and Europeans, who can experience difficulty finding teaching jobs due to a belief they are not “real” native English speakers.

Over the weekend, a number of recently reopened scenic areas in the city were shut down once again, suggesting Guangzhou is bracing itself for a second outbreak.