An initiative of StudyAdelaide, the “Summer in Adelaide” program aimed to engage and celebrate the 30,000 international students most of whom have been stranded since the beginning of the pandemic in March last year.

Throughout the year the state government and university and other institutions delivered $50 million to support to international students in South Australia during the pandemic.

When it became evident that continuing students would not be able to return home over the summer break StudyAdelaide wanted to ensure they not only had ongoing practical support but the opportunity to explore the region, have some fun, and create and maintain social connections, the organisation’s CEO Karyn Kent said.

“We pride ourselves on being a welcoming destination”

“We pride ourselves on being a welcoming destination, but it’s not just about welcoming, it’s also really important for us that the students feel like they’re cared for the whole time they’re in South Australia,” she said.

“We’ve had very good cooperation with our community and charity partners and we’ve been mostly very fortunate for the second half of the year [with the pandemic] in South Australia but there are still some students in hardship.

“Isolation is still a contributing factor to them reaching out for support so we were very conscious of that in terms of how we could connect students with others, particularly at a time where, if they were planning to go home, they just couldn’t do that.”

Working with partners including the City of Adelaide, The Festival Centre, the Art Gallery of South Australia, sports clubs, student accommodation providers and tourism operators, StudyAdelaide developed a program of 220 free or heavily subsidised events and activities for both tertiary international students and international high schools students.

The selection ranged from vocational focused training such as employability skills to sporting workshops, mental and physical wellbeing activities, trips to local tourist destinations and celebrations of Christmas and Lunar New Year.

“It was a great platform for us to engage with a broader group of stakeholders that we don’t normally work with that closely.

“It really opened their eyes and got them thinking about what it must be like to be so far away from family at this particular time. We even had one of the local TV shows here that showcases things to do in South Australia take three students out and show them around and then feature it on the show to talk to the community about how important international students are here.” 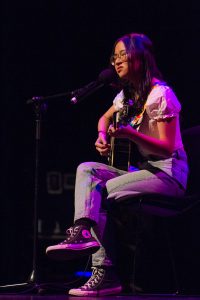 One of the highlights of the program was a competition called “Students Got Talent” which saw 11 finalists from seven countries perform on the stage at Her Majesty’s Theatre in Adelaide in front of a live audience of 900 and livestreamed to more than 7,000 people around the world.

First place and $5,000 in prize money was awarded to 19-year-old singer Estée Kitingan, a Malaysian-born student studying a Bachelor of Popular Music at The Elder Conservatorium of Music at The University of Adelaide.

“Being a finalist was such a great and honouring experience! I think the best part about it was the friendships and connections I made with the other contestants. I feel very blessed to have won and my plan is to just save the money for anything that comes my way in the future,” said Kitingan. 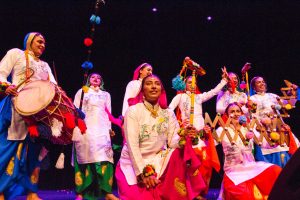 With the summer program over attention now turns to Semester 1, something Kent said will obviously look a lot different this year with a focus on welcoming both on campus students, but also those who are commencing offshore and online.

“We know that the institutions will be working very hard to stay engaged with those students and support them through their study but we’re now giving some very serious thought to what are the kind of things that we can do here to connect them with Adelaide in preparation for when they can actually come here in person”.

That is unlikely to be until at least Semester 2, 2021 with the Australian government this week extending the international travel ban for a further three months to June 17.