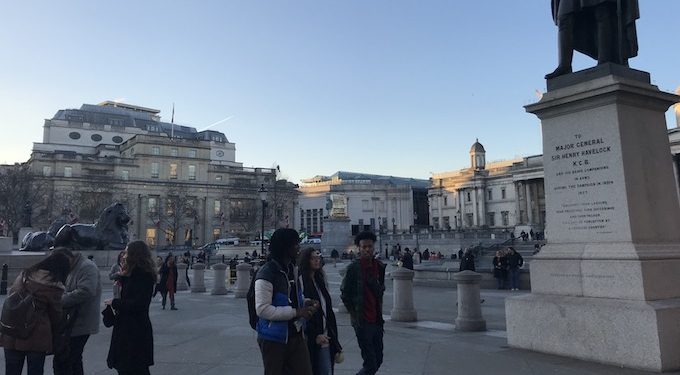 English language schools were hit hard, early into 2020, when Chinese student business dried up as the outbreak of coronavirus impacted Wuhan and China first.

“Italy and China, as you know, are two of our largest student markets,” she explained (statistics from 2018 below).

Now, as the travel ban has extended worldwide, cashflow is critical – some schools have already closed – and the extensive government business support package unveiled is either too long a pipeline (reports suggest up to three months to secure) or not applicable to the private language teaching sector.

“Language schools can’t claim the business rates relief offered,” detailed Gray – this is at present only available to businesses in the retail, leisure and hospitality sectors plus nursery schools.

Online study prevented businesses from furloughing staff, because they were still required to teach

Increasingly, an anticipation that ELT centres should hold out for anything close to a business-as-usual summer season is also evaporating.

“It’s hard to believe that in early February, we were focused on ensuring capacity for the newly-announced Hungarian scholarship scheme,” related Gray. “Things have changed so quickly.”

As a result, English UK as an association has pivoted into focusing on supporting members as they adapt to a cashflow crisis, and no imminent bookings.

“Staff job roles have changed and most of the team is now dedicated to this,” said Gray.

“And we are supporting in the broader sense – for many of our members, this is their lives and their livelihood; they may have run their language school for decades.”

Attendance at regular webinars and membership activity is staggering, added Gray, noting that such an unprecedented crisis is when membership associations can come into their own.

Gray acknowledged that the UK ELT market is now predominantly led by junior bookings (a shift over the last decade) and that could pose an additional challenge in terms of market rebound.

“It will be parents’ decision, often, to pay for a course abroad, which depends on their confidence to send children overseas and their ability to invest.”

“That is going to be a problem going forward,” she added.

While many companies have reacted quickly and moved into successful online provision, Gray underlined that this did not necessarily solve a cashflow problem and also prevented businesses from furloughing staff, because they were still required to teach.

Priorities among membership were sustaining their business during the crisis, but also supporting the students also left in limbo.

“One member spent thousands of pounds from their own savings to ensure junior students from Latin America could return at short notice,” she shared.