The Best Cult Video Games Of All Time 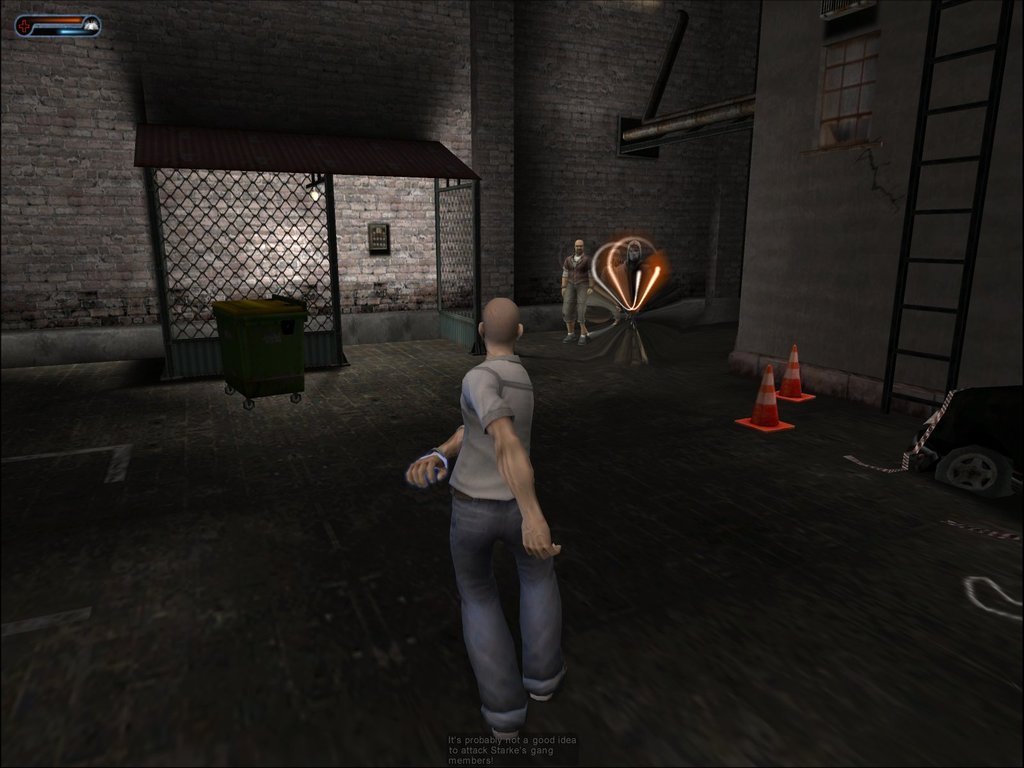 There’s nothing quite like playing through a fantastic game and feeling like you’re in on a little secret. It could be a mostly-forgotten title of the past or a game that only gained acclaim and recognition a decade after launch, but there have been a whole bunch of fantastic cult video games over the years. Some are from famous studios that would go on to make wildly successful games, while others are from studios that fizzled before they got much of a chance. These are the best cult video games of all time.

For the list, we focused primarily on games that didn’t receive sequels. For those that did, most sequels came years after the previous game, and it’s for this reason that a few other “cult-hit” titles like Katamari Damacy and Shenmue were omitted.

Free Radical Design is best known for its TimeSplitters first-person shooter series, but the studio made another underappreciated gem that remains one of the cleverest games of all time: Second Sight. A psychological thriller starring an amnesiac with telekinesis, the game’s non-linear storytelling hides plenty of twists, showing how the structure of a story can be just as important as its content. Though protagonist John Vattic is no slouch with a gun and can throw people like ragdolls, he’s far from invincible, and Second Sight’s unique mix of supernatural abilities and stealth make every encounter more tense.

Nier is an incredibly weird example of a cult video game, because it did eventually get a sequel that was immensely popular… seven years later. The original game–itself a spin-off of the first Drakengard–released to a lukewarm reception in 2010 and didn’t sell very well. Its story was almost universally acclaimed for its dark, melancholy tone and brilliant writing, and its genre-shifting moments were unexpected in what was otherwise a Japanese action-RPG. The combat in the 2010 version couldn’t keep up, however, and it wasn’t until Automata’s success that the first game was upgraded and re-released with major gameplay improvements and even better music.

It’s hard to believe considering the game’s legacy today, but EarthBound–Mother 2 in Japan–didn’t sell very well when it came to Super Nintendo in 1994. The unique role-playing game’s fans were passionate, however, and after its hero Ness made appearances in the Super Smash Bros. games, a new generation of EarthBound fans were born. That didn’t help get Mother 3 localized, but it did make the decision to put EarthBound on the SNES Classic and Nintendo Switch Online service a little bit easier for Nintendo. Now, where’s that remake?

Another example of a game that received a much more successful sequel after the original flopped, Psychonauts had very loyal fans hoping for a continuation of Razputin’s story, and it isn’t difficult to see why. Double Fine created a brilliant world, equally satirizing and paying tribute to classic espionage of the mid 20th century, and packaged it with quirky characters, creative platforming, and psychic powers. In the more than 15 years since it launched, nothing even really attempted to copy it, and that made its eventual sequel even more welcome. Luckily, that game performed a whole lot better.

An overlooked game developed by Hitman studio IO Interactive, Freedom Fighters adapted the basic Red Dawn premise into a game years before Homefront–and did a better job. Set in modern-day New York City during a Soviet occupation, the game stars a plumber (not that one) who organizes a ragtag group of resistance fighters to reclaim control. It was way ahead of its time in terms of structure, letting you recruit a squad and give them orders as you execute hit-and-run attacks and gradually capture strategic points in the city. A sequel has never materialized, but few games deserve a follow-up more than IO Interactive’s hidden gem.

The original Xbox saw the release of Star Wars: Knights of the Old Republic, but developer BioWare also created another fantastic RPG just two years later: Jade Empire. Inspired by Chinese martial arts and featuring a healthy dose of violence, it didn’t catch on in the same way KOTOR did before or the Mass Effect and Dragon Age series did after. That’s a shame, as it was neat seeing BioWare’s take on a more “realistic” setting, or at least one that more closely resembles our world than an alien planet. Plus, you get to watch someone get squished and explode like a strawberry Gusher.

Prior to its focus on online-connected experiences across nearly every game, Ubisoft was regularly greenlighting smaller-scale single-player experiences, and not all of them were massive hits. One of these, Beyond Good & Evil, developed a rabid following for its science-fiction world–complete with anthropomorphic animals–and great characters, but this didn’t translate to sales. After a sequel was teased in 2008, there was no news for years, but a very ambitious prequel was formally announced in 2016. Since then, however, director Michel Ancel has resigned from Ubisoft and there has been almost no news on its progress.

Game director Goichi Suda, better known as Suda51, is an eccentric character, and that’s putting it mildly. His bizarre games have garnered mixed critical reception over the years, but one of the games that showed what he could do at his very best was Killer7. An on-rails and on-foot action game that features some of the strangest animations we’ve ever seen, Killer7 breaks nearly every game design convention on paper. Yet somehow, through Suda51’s sheer confidence in its concepts or some inexplicable force, it all works. Where else can you see a guy without eyes wearing a shirt that says “Bad Girl?” Nowhere, that’s where else.

When you think of Rockstar Games, you are probably thinking of Grand Theft Auto or Red Dead Redemption–perhaps even Manhunt or Bully. But the developer also created an unappreciated sports masterpiece. Not attempting to compete with the big dogs in sports like football or basketball, Rockstar instead made a gorgeous and incredibly engaging ping pong game. What’s fun on a real ping pong table in your basement is just as much fun on a couch in your basement. Forget about Grand Theft Auto 6! It’s all about getting Rockstar to commit to another one of these. Rockstar Games Presents Croquet has a nice ring to it.

Though Zelda-like on a basic level, Okami remains one of the most inspired and creative games in Capcom’s library because of its gorgeous art style. It resembles Japanese watercolor with a particular focus on reds and oranges, making it seem like you’re playing a living painting. Though it got a semi-connected Nintendo DS successor, Okami wasn’t a huge success at launch–at least not commercially–and director Hideki Kamiya left the company to work at Platinum Games. Still, its legacy remains, and it even got an HD remaster for modern consoles.

Spec Ops: The Line is one cult classic game that needs no explanation regarding its cult status. It was a military shooter released when those were a dime a dozen, its third-person shooting gameplay was mediocre, and it featured a tacked-on multiplayer mode. But what its biggest fans loved, however, was the story. A unique twist on the Heart of Darkness story–itself the source material for Apocalypse Now–Spec Ops: The Line manages to feature surprises for even those who know the Joseph Conrad classicwell, along with disturbing moments that show it is very much an anti-war game. Many games may claim to be, but Spec Ops: The Line’s main goal is not to make you have fun.

Much like Suda51 or Swery65 (more on the latter in a moment), game director Fumito Ueda has a signature style. It’s characterized by disturbingly calm environments, exploration though puzzle-filled but strangely desolate areas, and little to no dialogue. That style has been more widely appreciated in recent years, but his 2001 game Ico didn’t get much mainstream attention. Is Ueda’s follow-up Shadow of the Colossus a better game? Maybe. Is Ueda’s The Last Guardian a better game? No. Would Ico benefit from being reintroduced to modern players? Most definitely, even if it were just a simple port released for PS4 or PS5.

Enslaved: Odyssey to the West

Something of an expert on underappreciated or cult-status games, developer Ninja Theory followed up Heavenly Sword with one of its best titles–Enslaved: Odyssey to the West. Based on the classic Chinese story Journey to the West, Enslaved features a futuristic sci-fi aesthetic and flashy combo-heavy action that should be familiar to anyone who played DmC: Devil May Cry. It remains just as playable today as it was at launch in 2010, and it also features some surprisingly big-name creative partners. They include co-writer Alex Garland of Ex Machina and Annihilation fame, as well as lead actor Andy Serkis.

There are a lot of games you could call “playable anime,” but none of them are as literal as Asura’s Wrath. The original game from Capcom and CyberConnect2 feels like a playable anime, mainly because it uses quicktime events and other interactive elements over largely non-controllable scenes. Though it does also feature more traditional combat, it’s this unique take on “cutscenes” that made Asura’s Wrath stand out. Well, that and Capcom choosing to lock its actual ending being a DLC paywall during the company’s worst nickel-and-diming days. But if you can overlook that massive misstep, you’ll see (and sometimes play) a game that is truly unlike anything created before or since.

Atlus? A horny dude? A Bizarre mix of genres? Yes, it indeed looks like we have a cult-hit video game on our hands. Catherine is a game that is extremely difficult to describe in just a few sentences, but if you can somehow dream up a love triangle mixed with a hybrid puzzle game that made the whole thing extremely uncomfortable, you’d have a pretty good idea of what Catherine is all about. The game did actually sell fairly well, but what turned it into a cult classic is what happened after launch. Years later, people are playing it like an esport, which just might be the most appropriate thing for a game this strange.

One of the most divisive games ever made (and this didn’t change with its sequel many years later), Deadly Premonition is a brooding mystery game created by the genre’s foremost expert within video games: Hidetaka Suehiro. Better known as Swery65, the director’s eccentric characters are prime meme material, and this Lynchian thriller was basically the antithesis of every other video game in 2010. It didn’t focus on cutting-edge graphics, nor did it seem eager to please anyone but its creators. Naturally, that developed the game a big cult following over the years, which undoubtedly helped in the greenlighting of its similarly divisive sequel.

Shooters were incredibly prevalent when Binary Domain released in 2012, not just with Western studios but also with an increasing number of Japanese developers. Yakuza creator Ryu Ga Gotoku Studio put particular emphasis on choice and consequence for Binary Domain, making the title quite clever, as you battle against robots who reveal weak points and encourage more careful shot placement than many other third-person shooters. It all has a classic B-movie quality to it that is certainly also seen in the Yakuza series, though it’s admittedly a little more dated than some other games on this list.

Binary Domain wasn’t the only Japanese third-person shooter to release in that era. Platinum Games–which is best known these days for hack-and-slash action games like Bayonetta–also created the novel shooter Vanquish with Resident Evil 4 director Shinji Mikami at the helm. Despite being a shooter, it still very much feels like a Platinum title, with a much-lauded slide mechanic and time-slowing moments that let you pick off your target with ease. Because it was a one-and-done game and was somewhat overshadowed by the studio’s more successful titles, it may have slipped under your radar, but remastered versions on PS4 and Xbox One are now available to correct that.