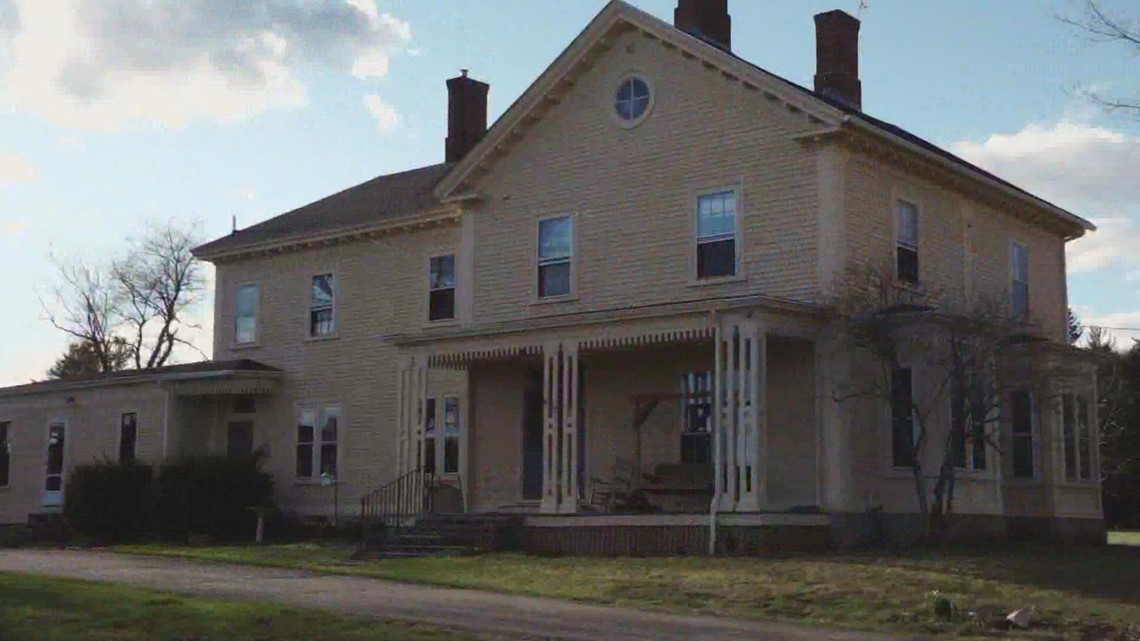 Since opening its doors in 2020, 11 high school students have lived there.

NORTH BERWICK, Maine — In North Berwick, administrators, teachers, and community members are doing something that has never been done in Maine. They have created a home where high school students can live if they are facing homelessness.

The Ryan Home Project is a nonprofit that fundraises and runs the Ryan Home, a large 1850s-era stately home converted into a residence for up to three teenagers at a time. The teens don’t live on their own. They’re overseen by “house parents,” a couple who are paid a modest stipend to help students on a daily basis.

“I see teenagers who have so much potential and what they spend their time on is just pure survival,” Sue Austin, assistant superintendent for school administrative district 60, said.

Austin is also the executive director of the Ryan Home Project, named because the Ryan Family lived at the home for decades before they sold the house to the nonprofit in 2017.

It all began when Austin got a call one school day in 2017 from a guidance counselor who said two students didn’t have a place to sleep that night. Austin remembered that with the help of many, they found a place for the students to spend the night. But the larger problem at hand didn’t sit well with her.

“That evening when I was going home I felt defeated,” Austin remembered.

According to the Maine Department of Education, 6 percent of high school students nationwide experience homelessness during a given school year, which can include couch surfing, staying in a shelter, hotel, car, camping, or living outside.

“When I was teaching I absolutely knew of students that were couch surfing or were very in tough situations,” Austin recalled. “We had a student that literally lived under the stairs of a house in North Berwick.”

When Austin drove home from work in 2017, feeling “defeated,” she passed what is now The Ryan Home. She knew the house was for sale and she called the family who owned it. When she told them her radical idea, to convert their house into a space for homeless teenagers, the Ryan family took the home off the market to give Austin time to plan and fundraise.

Since The Ryan Home opened its doors in January of 2020, 11 students have lived there. Sometimes students only stay a few weeks.

Raiden, 18, a senior at Noble High School, has been staying there since September of 2021.

“It’s going really well actually. I like it a lot,” Raiden, who asked that NEWS CENTER Maine not share his last name, said. “I was having some issues at home where it was considered not safe for me to live there, so I came here.”

Meg Fox has been a teacher for more than two decades at Noble High School and has been the “house mom” for the Ryan Home since it opened.

“I love teenagers. I think they are fascinating. They’re fun. It’s really cool to see kids become adults,” Fox explained while giving a tour of the home.

The nonprofit operates on a $90,000 annual budget, which pays the mortgage, the operating costs of the house, groceries for the residents and for the house parents.

Austin said the nonprofit has received amazing community support, including donations of heating fuel by P Gagnon & Son and insurance by Spencer & Matthews.

The Ryan Home Project works independently of the school district and the state of Maine.

The nonprofit works with parents of students and try to reunite them when possible.

No one at the Ryan Home becomes a legal guardian for the students who stay there. And there are rules for all residents, chief among them are going to school and their jobs, keeping rooms clean, doing a few weekly chores, and showing respect for the home and the people who live there.

“We have had students who have come to us and said, ‘I have pretty much been on my own for the past three years, and it’s not going so well,'” Fox said.

Not all students are a perfect fit for the home, but the main goal is to give teens equal footing.

Austin said she hopes other communities will realize homelessness among teenagers exists and consider what they can do to help.

“This is not rocket science. … It’s a lot, but it’s not anything more than just really putting thought process and sharing your home with a student who really is in need,” Austin said.