The sky is not the limit in space odyssey 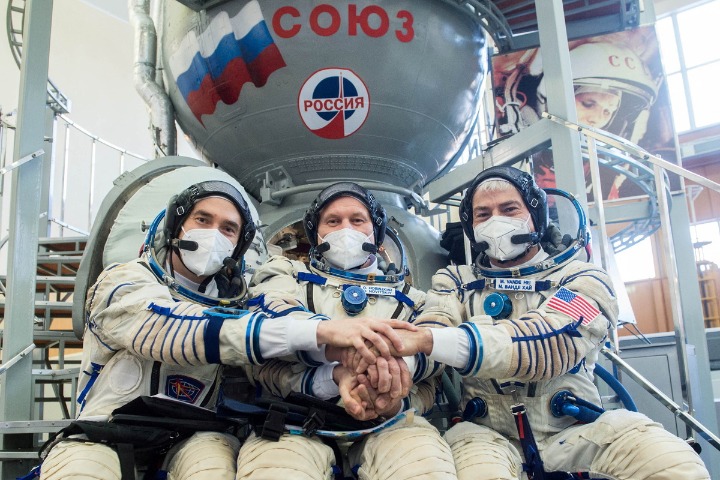 While the Pentagon is busy supplying arms to Ukraine to help the Ukrainians fight the Russians, far from the world’s view, American and Russian cosmonauts are sitting snugly together in the airtight rooms of the International Space Station, jointly sponsored by the US National Aeronautics and Space Administration, Russian Roscosmos, Japanese Aerospace Exploration Agency, Canadian Space Agency, and the European Space Agency representing 22 European Union countries.

On March 23, The Guardian reported that three Russian cosmonauts had just arrived at the ISS to join the Americans there.

The ISS is not really international by the way, as its key sponsor, the United States, has been opposed to sharing the station with China. Beijing expressed interest in joining the ISS in 2007 with support from the ESA. But the request was turned down by Washington, fearing that Beijing would learn “secret aspects of space technology”.

Despite being a late-comer to outer space research, China has developed a vibrant space industry over the past years. In certain areas, China has even surpassed the US.

In today’s world of security and power competition, especially that between China and the US, continued investment in space is fully justified. But the space industry also creates other benefits in a variety of ways, some of which we do not yet know.

Aside from defense, space research and exploration constitute a sizeable industry which contributes to about 0.06 percent of China’s GDP.

It also has spillover effects on many segments of the economy, for instance, on agriculture, transportation, the environment and telecommunications.

Many technologies that developed from space exploration and manned space missions have found their way into diverse commercial products, including imagery, and water and air purifying systems. But probably the most successful application is in the development of global positioning system technology.

In fact, the Organization for Economic Co-operation and Development, in a 2020 report, highlighted the contributions space agencies and space manufacturing companies made to the response efforts to combat the COVID-19 pandemic, saying they produced medical equipment, provided storage and processing models and other research inputs, apart from helping in other ways.

Besides, when my younger son got an internship with the National Oceanic and Atmospheric Administration in Maryland, his team’s work was to use machine-learning technology to study the satellite images of the eye of a hurricane and help automate the forecast system for the hurricane’s moving direction. He told me that due to their work, many lives could be saved by warning people to move to safety 30 minutes earlier than in the past.

None of this would have been possible without space technology.

Perhaps the biggest reason to explore space is to know more. But is there a need for it?

For an answer, it’s better to refer to Ernst Stuhlinger’s correspondence with a nun in Zambia when he was the associate director of science at NASA’s Marshall Space Flight Center and involved in the Mars mission.

In response to Sister Mary Jucunda’s question, why NASA was spending billions of dollars on space exploration at a time when millions of people in Africa were starving, Stuhlinger narrated a story about a German count sponsoring a man working on lenses that eventually led to the invention of the microscope, by resisting the townspeople’s pressure to spend his precious money instead on helping the poor and the starving amid a pandemic that was raging at the time.

Do we need to stress that the microscope has contributed immensely to the progress of medical science and development of medicine, and played a key role in the elimination of the plague and many other contagious diseases?

The author is a professor at the University of International Business and Economics and a research fellow at the Academy of China Open Economy Studies at the UIBE. The views don’t necessarily reflect those of China Daily.