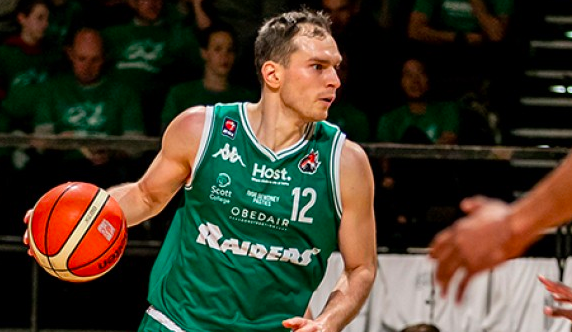 UK-based MLA College, which is part of BAU Global, has bought the share of The Plymouth Raiders from owners Richard Mollard and Ross Mackenzie.

“Through this partnership, we will help to encourage participation in sport for all ages and abilities”

The deal comes at a time where BAU Global are trying to increase operations in the UK by partnering with HE institutions.

“We are delighted to be involved with Plymouth in general, and with the Raiders in particular,” Yücel said.

“Through this partnership, we will help to encourage participation in sport for all ages and abilities, promote basketball as a great participation activity and also as a family-friendly event to attend.

“We are particularly enthusiastic to encourage the linking of sport and education and of course we want to develop the Raiders into a BBL winning team,” Yücel added.

The new partnership will provide the Raiders with significant additional resources to develop the business far beyond its current means.

It will also see close ties being forged between the Raiders and Bahcesehir College Basketball Club.

“Ross and I always knew that to grow this club to where we wanted it to be, which we hope will eventually include owning and playing in our own arena, it would always require additional inward investment,” said Raiders’ director, Richard Mollard.

“Like the Raiders, BAU Global are a family run business, who are passionate about education, madly passionate about basketball and totally committed to using both together in developing the youth of today into the achievers of tomorrow, and we’ve been humbled in their desire to come on board,” he added.

Earlier this month, BAU Global’s VP Coskun Ince spoke to The PIE about the group’s plans to increase its operations in the UK, saying that “the heart of the world is not the United States, it is in the UK”.

“We found three possible partners that are willing to get the benefits of our know-how and experience which we have created over fifty years and they want to open up schools and partner with us,” he said.