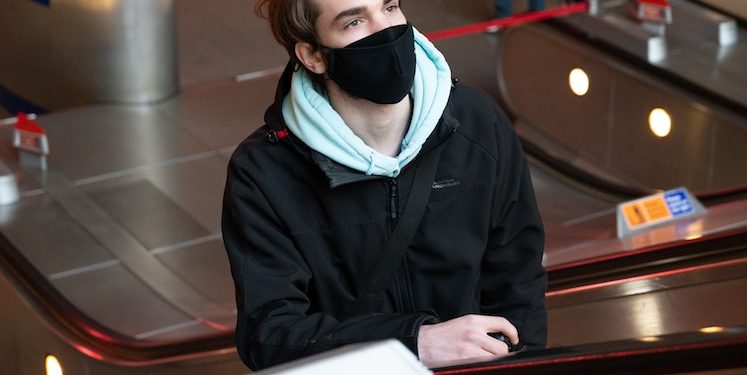 Many UK operators are recording around 10% of usual student numbers, with one school in Liverpool that under normal circumstances would have 1,000 students at this time of year, down to only 53.

Speaking at an APPG for International Students event, organised by Independent HE, industry stakeholders pointed to missing rent support, the business rate “postcode lottery” and continued travel restrictions as all causing problems for providers.

Some 75% of business at Liverpool School of English takes place during the summer season, its principal Anna Goodband highlighted.

“Normally at this time of year, we have over 1,000 students studying with us and I’ll be extremely busy.

“Unfortunately, we have 53 students with us at the moment. This is not because they don’t want to come and study with us, it’s because they can’t get here.”

English UK figures place student numbers at 83% down in 2020, but highlight an even more drastic decline among juniors, which were 93-94% down on 2019 figures.

The school in Liverpool has resorted to closing for July and August this year, Goodband continued.

While some providers in certain parts of the country have seen support from local councils – such as the £100,000 Bounce Back Challenge Fund granted to schools by Bournemouth council recently – other providers have not been given support by authorities Farhan Quraishi, director at Speak Up London said.

If Speak Up London was to cease trading, the annual loss to the treasury via loss of tax income and benefits claims from former employers would total £250,000, the provider has calculated.

“That’s one centre,” Quraishi said. “The question I would really like to ask the treasury is are they prepared to lose this amount of economic contribution that an ELT centre like ours has to give?”

“Our ask is simple. Prevent the government from using ambiguous words and give us a written commitment in guidance so councils can approve these grants and business relief that we need for our survival.”

Stakeholders also pointed to support that government in other study destinations have offered English language providers.

“We have found it extremely difficult to get any meaningful landlord support in the UK, certainly when compared to the support that we’ve been seeing in other destinations where we operate, like the US, like Malta, like Canada,” EC English’s Andrew Mangion explained.

The recently extended Canada Emergency Rent Subsidy Scheme covers 65% of rent for any lease entered into prior to September 2020 up to a maximum of $75,000 per month, he explained, with an additional 25% if centres were mandated to shut – conditional on at least 75% revenue drop.

While the UK has provided access to emergency government-backed lending schemes such as CBILS or CLBILS, the fact that Covid has lasted longer than expected causes problems, Mangion said.

“The expected full recovery has now moved out so much further that these [UK] schemes are not really contemplating the amount of time it’s going to take us. The reality is that three year repayments are far too short for the recovery period to be sustained. The solution we see is extending these repayment periods from three years, up to six years and allowing for stepped up capital repayments with back end loaded, larger capital repayments.”

Additionally, the UK’s position on borders will likely see students opt for competitor countries, he added.

“There is nothing more that schools like ours want but to take control of our own destiny again. For this to happen, we urgently need student numbers to come back to the UK without further delay,” he said.

Previous announcements on the countries from which travellers are required to self-isolate have “been very hard to digest”.

“Virtually none of our top 20 markets [are] on the green list. Shorter term students will just not go for quarantine programmes of 10 days to two weeks,” he said.

“Our student numbers for Malta are bouncing back fast”

Compared to EC centres in the UK starting 2021 at 14% of pre-Covid bookings, climbing only to 18%, locations in Malta and Cape Town, South Africa, have shot up to 57% and 71% recovery.

“Our student numbers for Malta are bouncing back fast,” he said, adding it expects a 68% return by early September. “Our Cape Town school has gone even further and is this week at 71% recovery, with100% recovery expected to be reached as early as August when compared to the same week in 2019.”

The UK recovery to this point is running at “unsustainable levels”, he said.

“Most of our short term students cannot [quarantine for two week] as things stand,” Japes added. “We’re pretty stuck this summer and it looks like there won’t be a full recovery and there will be a perpetual winter until summer 2022.”