Why Is the World Ignoring the Latest U.N. Climate Report? 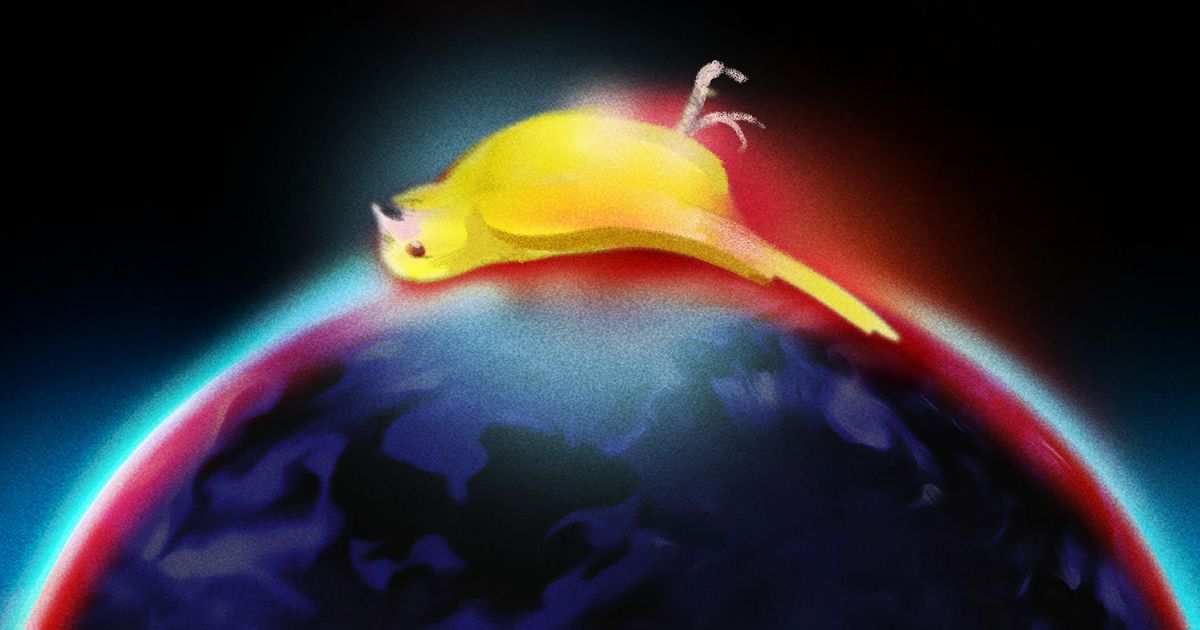 In late 2018, the United Nations published its landmark IPCC study “Global Warming of 1.5°C.” Sometimes called the “Doomsday” report, it outlined the dramatic outcomes — 150 million additional deaths from air pollution, once-a-century floods hitting every year — if the world became just half a degree warmer than the Paris Agreement’s stated goal of limiting warming to one and a half degrees above the preindustrial average.

To the shock of many scientists and activists who had wondered for years why no one really engaged with flaring climate warnings like these, the report literally changed the world, first inspiring a hyperbolic turn in newspaper headlines, then igniting a wildfire of global alarm that burned bright for several years. That alarm led to the canonization of Greta Thunberg, gave prominence to Extinction Rebellion in the U.K. and the Sunrise Movement in the U.S., and amplified calls here and abroad for a Green New Deal — which is now, as the economic historian Adam Tooze has argued, the basic conceptual model for all new Keynesian government spending globally, however poorly the phrase may poll in red America.

Along with astonishing declines in the price of renewable energy, that alarmism helped produce an unprecedented wave of national “net zero” commitments; a growing rhetorical dedication by the world’s most powerful to the principle, at least, of “climate justice”; and the spectacle of the global leadership class shuffling across the stage at Glasgow’s recent climate conference to describe the crisis in unmistakably existential terms. In the case of Boris Johnson, the rhetoric was so heated it would have been taken, not very long ago, as a parody of environmental hysteria.

All of these developments have helped lower the likely ceiling of warming this century. But that progress, which is real, obscures another story: If, just a few years ago, pointing out the difference between 1.5 and 2 degrees inspired years of global panic, a similarly dire report this go-round has produced a far more muted response. The Guardian’s Fiona Harvey had to wonder, “Has the IPCC’s bleak warning of climate breakdown been heard?”

The 2018 report was an interim “special report.” The biggie is the new one released this month, the first comprehensive U.N. update to the state of climate science in eight full years, since before the Paris accords. Following the signing of that agreement in 2016, more carbon has been added to the atmosphere than in the entire history of humanity through the end of World War II. This means the possible paths of decarbonization that would allow the temperature rise to stay below 1.5 degrees, which looked almost impossibly demanding in 2016, are now about twice as steep.

Although the situation appears, in that sense, grimmer, the quiet response to the new report is a sign that the moment of climate alarm may have passed, giving way to an era defined by two somewhat paradoxical trends. The first is that real, though insufficient, progress is being made, opening up paths to rapid decarbonization. The second development is how quickly even those who had been panicked by warming have begun to normalize its impacts.

Yes, there is a war going on, not to mention an ongoing pandemic, an inflation and energy crisis, and plenty of other, more quotidian concerns besides. But many of the same figures calling, screamingly, for attention in 2018 are doing the same this time around. U.N. Secretary-General António Guterres has ushered the new report into the world with familiar fire-and-brimstone rhetoric. “Nearly half of humanity is living in the danger zone — now,” he said. “Many ecosystems are at the point of no return — now. Unchecked carbon pollution is forcing the world’s most vulnerable on a frog march to destruction — now.” The report itself concluded with a similar flourish: “Any further delay in concerted global action will miss a brief and rapidly closing window to secure a livable future.” In his introductory remarks, Guterres underscored the point: “Delay means death.”

Guterres is no stranger to climate hyperbole. In just the past year, he called another, more circumscribed IPCC report a “code red for humanity.” So it has been tempting for a group of self-styled “anti-alarmists,” often called “lukewarmers,” to treat Guterres and his allies as so many boys who cried wolf. “People need to hear the good news about climate change,” Matthew Yglesias wrote recently. In November, the incisive Our World in Data researcher Hannah Ritchie took a harsher tone in Wired: “Stop telling kids they’ll die from climate change.”

To a degree, the anti-alarmists are right. The good news is true; worst-case scenarios that appeared quite recently to be plausible now seem, if not impossible, much further from our likeliest futures. But the bad news, unfortunately, is also true; we have already lost the opportunity to avoid dangerous climate change. To regard any progress as a sign of climate victory is a basic cognitive and moral error, one that reflects a nonsensical but weirdly pervasive American blend of complacency and fatalism.

It also ignores one central finding of this report, which is focused more than previous ones on present impacts. All but one nation in sub-Saharan Africa, for instance, have already suffered economic losses due to climate change, the vast majority having lost at least 10 percent of per capita GDP, with a handful registering losses above 20 percent. It’s not that the wolves we were warned about never showed up. They’re here now, having come faster and in larger numbers than predicted. But the warnings can sound like old news, confirmations of predictions already baked into pictures of a desolate future.

A long-running critique of climate alarm has been that it would cause people to abandon hope. It may be a bigger problem that it teaches them to regard obvious failures as successes when judged against the very bleakest thresholds. A second central finding of the new report is that just taking the very worst-case scenarios off the table isn’t nearly enough. Almost half of humanity is already living in places “highly vulnerable” to climate change; 350 million are expected to be exposed to water scarcity from drought at just 1.5 degrees, and 143 million are expected to be uprooted over the next 30 years; half of the world’s entire human population would be exposed to life-threatening combinations of heat and humidity by 2100 even in a low-emissions scenario.

It is good, of course, that each of these projections is somewhat less likely to get three or four or five times worse. But that is not at all the same thing as saying that catastrophic warming has been averted or that those worrying over the devastating impacts of unprecedented global temperatures were being hysterical. What appears in prospect like apocalypse often grows into something more like grim normality by the time it actually arrives. That isn’t a sign of progress but of a sociopathic culture-wide capacity for normalization and compartmentalization.

Take Australia. Or do you have no idea what I mean when I say that? Over the past week, dozens of Australians were killed and tens of thousands were forced to evacuate from rains so record-breakingly intense that floodwaters covered bridges nearly 60 feet above sea level. The conservative prime minister Scott Morrison — the closest thing the world has to a climate denier head of government this side of Jair Bolsonaro — was forced to declare the country’s first-ever national emergency. The tool was introduced by the Australian Parliament just recently in response to the bushfires in 2019 and 2020 that burned more than 42 million acres, killed hundreds of people and millions of animals, choked Sydney Harbor with smoke so thick the ferries couldn’t run, and turned glaciers as far away as New Zealand brown with ash. Morrison spent that time vacationing in Hawaii.

Thank you for subscribing and supporting our journalism.
If you prefer to read in print, you can also find this article in the March 14, 2022, issue of
New York Magazine.

Want more stories like this one? Subscribe now
to support our journalism and get unlimited access to our coverage.
If you prefer to read in print, you can also find this article in the March 14, 2022, issue of
New York Magazine.

Daily news about the politics, business, and technology shaping our world.

By submitting your email, you agree to our Terms and Privacy Notice and to receive email correspondence from us.