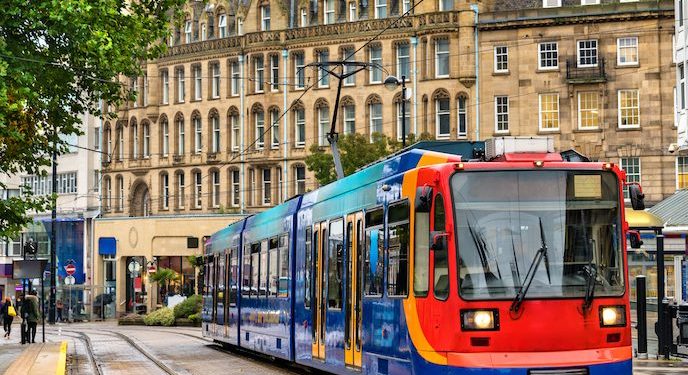 One suspect Shan He is a former student at the University of Sheffield and she was charged with two counts of assault in relation to two incidents. Another seven incidents were reported. The other suspect is a 33-year-old woman. No charges have been made but she remains in custody, according to South Yorkshire Police.

Police said nine student victims were struck over the head in the city centre between September 7 and 26, with two hate crimes recorded.

No plea was entered at the hearing at Sheffield Crown Court on September 29 and He was remanded in custody until her next appearance on October 28.

One of the victims told Ying Lun Quan, a Chinese media outlet, that she was hit on the back of her head while waiting to cross the road.

“My brain told me I should walk home but I wasn’t able to. All I felt was warm stuff streaming down my neck and when I looked at my hand, it was covered in blood.”

With the help of a doctoral student, the Chinese student victims at the University of Sheffield formed a group chat. They learnt that seven female and one male students had suffered such attacks. Their injuries ranged from swelling to losing consciousness and being taken to the emergency department by ambulance.

A University of Sheffield spokesperson said, “We were saddened to learn of these incidents and are doing everything we can to support the students involved and assist the police in their investigation.

“The safety and wellbeing of our students is always our top priority and we take incidents like this extremely seriously. We are committed to ensuring that all our students and staff have confidence that they study, work and live in a safe and inclusive environment.”

“It is important to raise awareness about these existing social issues”

Hongwei Bao, associate professor at the University of Nottingham told the PIE, “International students should be alert about their own and each other’s safety and help each other when in need.

“They can be more proactive in political and civil participation by sending petitions to their schools, universities and UK governments and demanding concrete action from these institutions. It is important to raise awareness about these existing social issues so there can be more public education and victim support in place.”

A Cambridge University alumnus has set up a website to highlight the growing number of anti-Asian incidents in Cambridge and has received 30 responses so far.

Diana Yeh, senior lecturer at City, University of London pointed out that several community groups are available for people from East and Southeast Asian backgrounds, including one set up as part of her research.

Students can also seek help from these networks in situations of racial prejudice and violence, she said.